Zarion Uti is a 21-year-old Nigerian singer/songwriter based in Atlanta Georgia. He recently signed with UK distribution company AWAL. Zarion Uti is currently working towards not only the release of his second studio EP but also his very first U.S. tour which is scheduled to begin this May. Enjoy our little chit chat with him.

1. Tell us all we need to know about Zarion Uti. How did you get started in music and what gave you the motivation to stay with it?

I started making music in my second year of high school, well mainly writing raps because that was what came naturally to me.

I’ve personally not had the smoothest journey but what keeps me going, in all honesty, is the progress. I watched myself grow from averaging 1000 streams in a year to 1,000 in 30 minutes so the idea of becoming how big I want to be isn’t so far away because I know how little I started.

2. Walk us through your creative process. How are you inspired? How do you compose most of your music?

My process with very very simple; it involves a beat, wine, and a mic. Some of important than the other but all in all very essential.

I just have to like a beat and ideas flow. Besides that, I am more of a producer-artist type of recording artist so I usually don’t like a crowd. I keep it simple and plain so I can stick to my own ideas instead of having people listen, criticize, and influence my music.

3. Which musical genre is your stronghold and if you could dabble in another genre of music, what would it be?

Stronghold? That’s definitely afro-soul which is a fusion of afrobeat and r&b elements. And that aside, I would probably say dancehall which has had such a huge influence on me over the years.

4. What is the most difficult thing you have had to endure in your music career?

The unavailability of funds. I am very creative so making the music was never the problem but getting out there was something I really had to struggle with because social media wasn’t always so powerful meaning promotion had to be done through radio stations and a lot of other platforms which involved money I did not have at the time.

5. What do you consider the most pertinent issue in society today?

My society? I would say greed. People desire in a way that often turns out to be dangerous.

6. Which acts artistes do you consider your biggest musical inspirations?

Tory Lanez mainly because I watched him startup from nothing and build to the multi-platinum selling artist he is today. I will go further to mention Post Malone; 6lack, I love him… Nav, Mr. Eazi, Runtown & most recently, Roddy Rich.

7. If you can have your fans remember one thing about you, what would it be?

Probably the fact that they are the most important aspect of my whole journey and without them I am nothing.

8. What would make you want to collaborate with another artist?

Honestly? I just have to like the song. Because strong collaborations more than likely benefit all artists so I mainly look out for it is a strong record.

9. What are your dream collaborations?

I don’t wish to work with a lot of artists yet honestly… mainly because I am all about self-development and mastering my craft; but I think it will be awesome to meet and work with the likes of Burna Boy, Nasty C, Mr. Eazi, Octavian, Amine and a few others I can’t really wrap my head around all of them right now.

10. Finally… are you currently working on any project? What is next for Zarion Uti?

I am! I announced earlier that I should be releasing my second studio EP this year. it’s done and currently being processed. I just pray things work out as planned so I am able to release it in time. It’s gonna shock the world! I won’t say any more than that for now though and thanks for having me.

M.I Abaga, Loose Kaynon, A-Q, and Blaqbonez all Suited Up in Martell Cypher 2 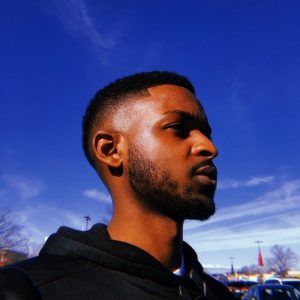 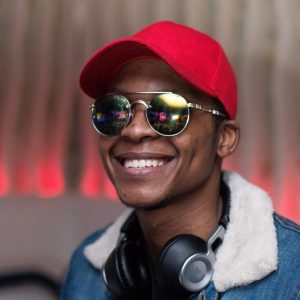