Two years ago, sounds of old were made new to our ears, old school with a little mix of the new was intertwined and made available for the listening pleasure of individuals like myself and we witnessed the dexterity of a musical genius.

It is not very often that a young producer takes a lot of inspiration from and has a lot of reverence for his predecessors.

Most youngins today have the notion that the old performers were not as sophisticated and believe they are way better than them in terms of artistry.

In the words of Carl Sagan, “You have to know the past to understand the present”.

An Example of an individual exemplifying this saying of Carl Sagan is Michael Kwasi Marfo Tenkorang, popularly known as Yung Fly.

Yung Fly shot to the spotlight after his work on M.anifest’s hit single, “someway bi” which eventually won third place in the R&B/ Hip-hop category of The International Songwriting Competition (ISC) 2014.

It has been an uphill journey for this promising producer with production credits for many sought-after Ghanaian musicians such as E.L, Jayso,  Blackway, Ko-Jo Cue and Dex Kwasi.

His collection of music varies from HipHop, Soul, Rnb and Trap.

I came to realize that he is also a fan of Highlife music when I listened to his debut tape titled Opus To Ebo Taylor.

This tape as the name implies is a set of compositions all inspired by the Highlife sensation- Ebo Taylor.

Ebo Taylor was a guitarist, composer, arranger, bandleader, and producer and has been a vital figure on the Ghanaian music scene for over six decades.

Taylor’s work became popular internationally with hip-hop producers in the 21st century, which led to the release of Love and Death on Strut Records in 2010, his first internationally distributed album.

This is the sequel of the Opus To Ebo Taylor series.

Yung Fly samples and makes beats from 5 songs originally composed by popular Ghanaian Multi-Instrumentalist/Producer Ebo Taylor which he released on 06/06/16 as a birthday treat to his fans. 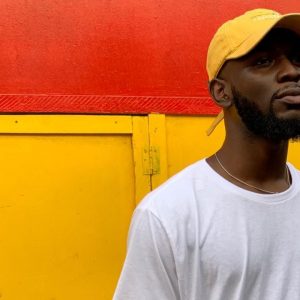