Young Dapper is a rising R&B/ Trap/ Hip Hop Artist from Perth, WA. His following has grown significantly on the back of the launch of his first music video “Rachel Rose” in 2019, a collaboration with local Perth designer Rachel McConnell.

With a collection of high-quality tracks ready to be released in the first half of 2020, we anticipate this could be a breakout year for this talented artist.

The featured artiste, Kelvyn Boy needs little introduction. The Ghanaian afrobeat superstar had his breakout year in 2019 with the release of his debut project “Time EP” with millions of global streams across the major streaming services.

“Reloaded” was recorded during Kelvyn Boy’s 2019 Australian Tour by Urban Soul Recordings & Music Video filmed by “Daddy Made This” Productions from Perth, WA

The track was officially released on Young Dapper’s streaming services and Youtube channel at 8 PM AWST on Friday, February 7th, 2020.

Watch the video below:

Young Rob 'Got That'… 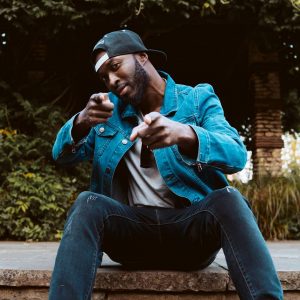 Young Rob 'Got That' New Banger For The Clubs With Flexx Kapone.

Zarion Uti Goes To 'War' With His Latest Release.