“If”! The most commonly used word preceding the statements of most young people in the world today. Most creative minds of today’s generation have a general notion that the world owes them and hence fail to utilize their talents. This has fostered the idea that achieving success by pursuing your dreams and passion is far fetched considering the resources “needed”.

In the words of famous talk show host Oprah Winfrey, “You’ve got to follow your passion. You’ve got to figure out what it is you love–who you really are. And have the courage to do that. I believe that the only courage anybody ever needs is the courage to follow your own dreams”. We happen to live in a day and age where people have ideas, dreams and passions which if utilized would benefit them and the larger society as a whole. However most of these young creative minds sit and expect to be discovered without making any efforts to be discovered. Some have developed the wit to come up with perfect excuses for not being courageous enough to chase after their dreams and passions instead of solutions and ideas. Simply put, we live in a generation short of Go-Getters!

However this isn’t the case with young Traval Mensah, a singer, model, a full time employee and a full time nursing student.

Born and mostly raised in the United States, Traval comes from a family of seven. Made up of four other siblings and Parents of Ghanaian and Ivorian origin.

He started singing at the age of four having for a father a pianist who has worked with some of the greats in Ghanaian music such as Ace Highlife Musician, A.B Crentsil, Paapa Yankson and Jewel Ackah to mention a few. He has  three brothers who play the drums, piano and the guitar. He also happens to be the nephew of legendary musician, Pope Flynn. Having said that it’s only right to emphasize that he comes from a long line of musical geniuses and has a solid musical background.

Being more of a ballad singer he says, ” I enjoy all genre of music but what I typically sing and picture myself doing is a mix of pop/RnB, soul and jazz considering that it fits my repertoire”.

He cites his Biggest Inspiration as Mariah Carey whom he calls his favorite artiste. He also cites some inspirations as Stevie Wonder and Luther Van-dross. Two people he calls “The Real Deal” when it comes to singing from the heart. He however mentions  being unable to relate to current trend of music as a “singer” though he enjoys listening to them.

“My father has trained me throughout the years till date and music was, is and will always be my first love”. Three years ago Traval started pursuing music professionally and had his first major performance in 2014. “It was my hardest musical memory. Performing before hundreds of people.It was a breathtaking moment and I literally thought I was going to pass out from an anxiety attack or something”.

He has since been in several competitions on both local and national levels starting with NOVA Idol and the popular tv singing show, The Voice.

As was mentioned earlier, Traval is currently a full time student pursuing a degree in Nursing at the Chamberlain College of Nursing In Virginia, he’s also a model, a full time employee and is also pursuing his passion for music. One might ask, how is he able to make time for all these activities?! “It’s definitely a lot to juggle but with discipline and prioritization it is Doable. I literally haven’t had a social life since I embarked on this journey, in addition to sacrificing a whole lot of other things but I know it’ll pay off. Besides I’m not too bothered because I’m still young and have so much time ahead of me, thankfully.”

On the Ghanaian scene, he mentioned recent StarBoy Records signee, Efya Awindor as his favorite Ghanaian act and said he was not disappointed upon purchasing the artiste’s recent debut album.

Vince Lombardi one of the greatest American football players, coach and executive once said,  “A man can be as great as he wants to be. If you believe in yourself and have the courage, the determination, the dedication, the competitive drive and if you are willing to sacrifice the little things in life and pay the price for the things that are worthwhile, it can be done.”

This is exactly what this talented young man has chosen to do. Traval Mensah has set himself aside and devoted himself to making time and the needed sacrifices in order to fully achieve everything he seeks to achieve, fully reaching his potential and pursuing his passion. He seeks to make potential collaborations with a some artistes but only after he’s made a household name for himself. He’s also mentioned model and music related projects which he’ll disclose to the world at the appropriate time.What moves him to make such a decision?! His drive to breathe life into what he calls a God given talent and his passion to not only be successful but also better his society. He’s gotten himself into auditions, and shows among other activities whiles still getting an education and making ends meet and In so doing keeps raising the flag of Ghana high. What’s your excuse?! 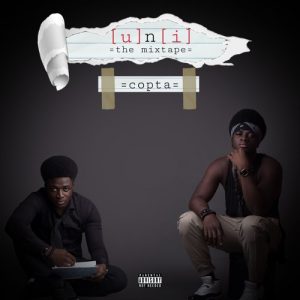 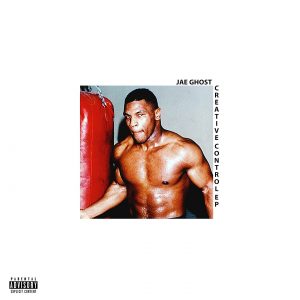