2020 is still looking like a colossal year for Africa’s biggest and most vibrant music industry despite the global crisis. Check out our list of the Top 10 Anticipated Nigerian Albums of 2020.

Some weeks back we had a look at some of the Most Anticipated Ghanaian Albums for 2020, and it is only fair we did the same for their cousin Nigeria. We’ve been blessed with a refreshing catalog of African music thus far. Some of the most recent Nigerian releases include Oxlade‘s “Oxygene” EP, Brymo‘s “Yellow” album, and Peruzzi‘s “3 The EP: A Playlist by the Huncho” amongst others.

With three-quarters of the year still to go, we’ve begun to cast our minds forward, looking ahead at what’s in store for us.

Wizkid – “Made In Lagos”

With an illustrious discography of three iconic albums, the most recent being 2017’s “Sounds from the Other Side”, Wizkid has been teasing his forthcoming “Made In Lagos” album for a better part of a year. Last year’s surprise EP “Soundman” apparently was a precursor to the release of the highly anticipated album. Wizkid back in February took to Twitter to announce the completion of the “Made In Lagos” album.

Burna Boy revealed in recent Q&A with fans on Twitter that his next album will be titled: “Twice as Tall”. According to the “On The Low” hitmaker, the title was inspired by the lessons learned from losing out on the Grammy nod to Angelique Kidjo at the recently concluded Grammy Awards ceremony. He also confirmed that his next album is due for this year. Hinting the release is scheduled for the month of July barring any changes.

Kizz Daniel earlier announced he would be dropping his third project this year. Ever since his 2016 debut album “New Era“, Kizz Daniel has released an album every two years. With the album’s title revealed as “King of Love”, Kizz Daniel’s album, is expected to showcase his sonic versatility as he delves into the intricacies around the love theme. There hasn’t been a release date announced for “King of Love” yet.

It has already been more than a decade since his classic debut album “Mushin To Mo’Hits”. This album changed the soundscape of contemporary Nigeria pop music, ushering in a new wave of sonic authenticity which artistes like Wizkid, Davido, and Fireboy DML all claim to have been inspired and influenced by. The Black Diamond, as he’s fondly called followed that up with 2015’s “Wanted” and is now all set to release his latest project, an EP titled “Realms”. The project was expected to be released on March 20th, 2020 but looks to have hit a bit of a snag.

The last time Tiwa Savage dropped an album was in 2015 when she released “R.E.D”. She also released an EP in 2017 called “Sugarcane”. Tiwa Savage per her very high standards had quite a pedestrian 2019. Tiwa, however, announced during a listening party for her single, ‘49-99’ in 2019, that her album might be out in first quarter 2020 – and we still remain hopeful for the drop!

Being in the game for just a year, Rema has definitely surpassed label projections and fan expectations, releasing 3 impactful EPs within a span of 6 months. Just a few days ago, Drake announced he has a new single with Rema scheduled to drop soon. Although no official announcement has been made, we predict he’ll be dropping his debut studio album within this calendar year – and hopefully, the Drake collaboration makes the cut.

Empawa Africa Joeboy, under the guidance of Mr Eazi has grown into afro pops golden child alongside YBNL‘s Fireboy DML. Joeboy released Love & Light, a 5-track EP which felt more like an album precursor, and we have a feeling this album is due for 2020. Although Joeboy has already released the first single off the album, “Call”, we still have no word on the official album release date.

Veteran singer, Inyanya,  plans to fully return to the music scene with the release of a 2020 album. The “Kukere” hitmaker made the announcement during the listening party of his latest Ep “Rebirth”. Shedding more light on his comeback and the impending full-length album he revealed that the “Rebirth” EP is a precursor that signifies his return to the music scene for good. The title and release that of this album however still remains unknown.

On Twitter sometime last year (25th September to be precise), the singer-songwriter, Adelekunle Gold shared the news of an impending project. He tweeted: “Pay attention to my Project. It’s coming soon.” This will be his third body of work after the critically-acclaimed “Gold” and the Grammy-considered “About 19”. For now, all we know is that the project is speculated to go by the title ‘Afro Pop Vol.’

Olubankole Wellington popularly known by his stage name Banky W and credited in the film as Banky Wellington is a Nigerian singer, rapper, actor, and politician. During his quest to become a member of the house of representatives, he confirmed that he had retired. On November 22, 2019, Nigerian R&B veteran announced that he would come of retirement and release a currently unnamed album. 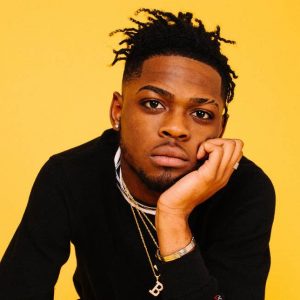 Yxng Bane is Out With Visuals for "Section" 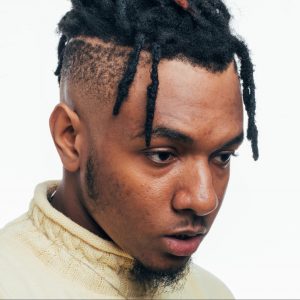