Ghanaian rapper Kojo Trip, originally known as Jeph Nana Adjei Osei-Mensah, got his start to music by making renditions of some of his favorite tunes, participating in several rap cyphers and going toe-to-toe with other rappers in battles.

Highly Influenced by André 3000, Kojo is known for his intricate lyricism and unique style of delivery. He is slowly solidifying a spot in the Ghanaian music space as a gifted rapper.

Throughout his career, he’s had the opportunity of performing at the Closed Circuit Hiphop Concert, UR Live, Scripts and Sound and The BAR Concert. Having worked with legendary Ghanaian rapper and producer Jayso on the 4th edition of his annual 0106 Tape, Kojo Trip’s lyricism has been acknowledged by Greats like Reggie Rockstone, E.L, Kofi Kinaata and is praised by many of his peers.

He dropped his debut body of work, (LAT) Life’s A Trip in March 2019. The Extended Play earned him a spot amongst artistes to look out for. His new project, The Lumberjack LP, continues the evolution of his experimental sound. It comprises different genres of music from producers like Beatboy, Daniel Hayes, H.F, Emkay HMC and Young Dizzle.

The Lumberjack LP is a 15 track project. He features a roster of artistes. The tape opens with “No New Friends”, a song which talks about keeping one’s circle small especially as one progresses in the journey of life. Kojo Trip delivered the hook followed by a verse by Elsie Read. He caps it off with touching verse.

One of the standout songs on the LUMBERJACK LP is “Bandit”. With its catchy hook, Kojo Trip and Questo rap about random happenings on a calm and relaxing Daniel Hayes instrumental. With a hint of paranoia, Kojo Trip raps about staying in his lane and working on his goals.

Not Today which features D.T.M Nascar is also an enjoyable listen. Kojo Trip has developed an ability to easily blend English and Fante flows. He does this so well on this song.

The Project concludes with a befitting ending, a song titled “Like I Said”, where Kojo Trip makes affirmations of fulfillment. A fulfillment of having put out a great LP and also, an affirmation of future fulfillment for future accomplishments.

The production and features make the LUMBERJACK LP quite exceptional. Real fans of Kojo Trip will bump this and new fans will definitely love his rare style of music. Although it’s experimental, you can tell Kojo Trip consciously put in more effort in his ability to make better music. He has already proven to the world he’s a gifted emcee and this tape goes to show he can make gratifying music as well. 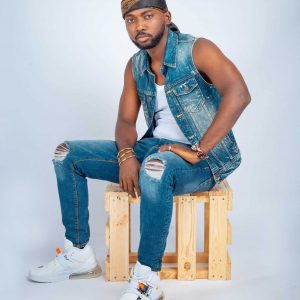 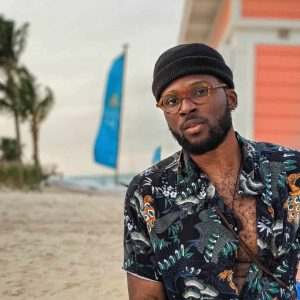