The Burial Of Kojo, a critically-acclaimed movie by Ghanaian Hip-hop artist and Filmmaker Samuel “Blitz” Bazawule is officially in the running for a Golden Globe nomination.

The movie marks the directorial debut of the Ghanaian creator who also happens to be an Akora- an old student of Achimota School in Ghana.

Samuel, popularly known in the industry as Blitz The Ambassador took to twitter to share the great news:

Making its debut on American Movie streaming service Netflix, The Burial Of Kojo tells an ominous tale of two brothers through the eyes of a gifted girl who travels beautiful lands that exist between life and death.

The film’s distribution rights were acquired by Ava Duvernay’s Array. Ava believed in the whole concept of the movie and has been in support of it from the minute she heard Blitz was making it.

95 films from 65 different countries are being considered for nomination in the category, including Cannes favorite Atlantics from Senegal and The Boy Who Harnessed the Wind from Malawi.

The recognition makes the film the first-ever from Ghana to be considered for a nomination.

J Hus is Back… 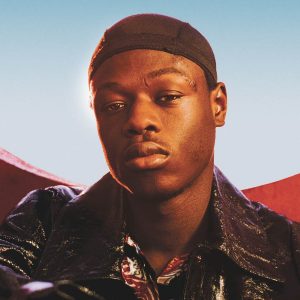 J Hus is Back With Evocative New Single "Must Be"

Burna Boy is Infatuated in…