Nigerian singer-songwriter Temilade Openiyi better known as Tems wants to work with J. Cole and critiques her verse on ‘Essence’, her collaborative track with Wizkid.

The 25-year old Nigerian-British singer spoke about her initial thoughts on her verse on Wizkid’s Essence during her feature Apple Music’s ‘The Dotty Show’.

Even the day I recorded that I was still like, I can do better. I think I can do better. Send me the beat and then let me do it again. And they were like, no, this is great. And I was like, Yeah, but I want to add some more.

According to Tems, she always likes to challenge herself and so she wanted to do better but the people in the studio including Wizkid himself actually liked her verse and didn’t let her proceed to make any changes.

I used to be such a perfectionist. I was like, no, I can do much better but I just gave up and I was like, you know what? This is fine but yeah, I had no clue. Wiz was like, “No, this is mad!” And I was like, I mean, okay. Cool.

When asked about Kylie Jenner singing along to ‘Essence’ in a video she posted on her Instagram stories, Tems said she was actually blown away and that when she was in Los Angeles, she was hearing the song played in the most random places.

I did not even know that people there knew the song. It was quite an experience.

Simi Implores Us To Value Time In “Selense” 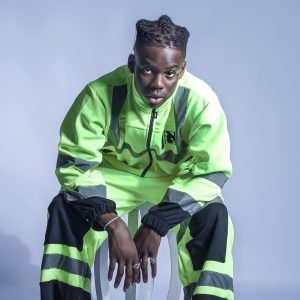