South Africa’s vibrant diversity in traditional clothing and style accurately captures the country’s unique history characterized by a unique blend of cultures, ethnic groups, and religions. This article is an introduction to South African traditional dress, sit tight as we walk you through seven (7) highlights of South African Traditional Clothing.

Did you know the city of Durban is the biggest Indian city outside India?
A minority group, Indian South Africans are citizens and residents of South Africa who are descendants of migrants from colonial India (South Asia) during the late 19th-century through the early 20th-century.

Traditional Indian clothing such as beautiful embroidered “saris” and “sherwanis” are usually featured prominently in the attire of Indian South Africans as they have successfully preserved their cultural heritage over the years. Admittedly, however, traditional Indian dresses, are usually preserved for traditional ceremonies such as weddings, funerals, etc. Western clothing is however worn from day-to-day.

Cape Malay is another minority ethnic group that migrated to South Africa from South-East Asia during the slave trade. In Cape Town, the Cape Malay community is predominantly Muslim. Like Indian South Africans, Cape Malay people wear mainly Western clothing in everyday life and their traditional attire to mosque, madrassah and for special celebrations.

The dress code of the Xhosa people can be described as quite complicated and is heavily influenced by the rites of passage and a person’s social standing.

A woman ’s clothing and accessories typically reflect the different stages of life. The traditional Xhosa apparel consists of long skirts and aprons in beautiful printed or embroidered fabrics. Elaborate beaded necklaces called “ithumbu” are worn around the neck, as well as beaded bracelets and anklets. The “iqhiya” or headscarf is traditionally worn by married women. To complete the ensemble, embroidered capes or blankets are worn around the shoulders.

Per tradition, Xhosa men play the roles of warriors, hunters, and stockmen and as such, animal skin formed an important part of their traditional wear. On special occasions, embroidered skirts are worn with a rectangular cloth over the left shoulder, or a tunic and strands of beaded necklaces.

Like Xhosa women, Zulu culture has its women also wear different outfits within the various stages of their lives. A single young woman wears her hair short and only wears a short skirt made of grass reed, adorned with beads. A woman engaged to be married wears the same outfit basically but complemented with her bosom covered and her hair grown out.

A married woman, on the other hand, is expected to cover her entire body to indicate that she is spoken for. She wears a thick cowhide skirt that has been softened with animal fat and charcoal. Traditionally, women covered their bosom with a cloth, but nowadays cotton vests or beaded bras are worn along with beaded necklaces. The most iconic adornment is circular-shaped hats made of grass and cotton called “izicolo”, which are worn by married women.

Traditional dress for men consists of animal skins and feathers; the kind of skins indicates the status of the person wearing them. The tufts of a cow’s tail (“amashoba”) are worn on the upper arms and below the knee to make the person appear broader than he is.

The apron worn by men to cover their buttocks is called “ibheshu”, it is made from calf-skin, so it is soft and easily processed. It comes in two different lengths: Young men wear one that is knee-length as it is more practical for fighting, hunting, and dancing; Older men wear one that reaches their ankles as they do not readily partake in those activities.

A derivative of the Zulu tribe, The Tsonga-Shangaan tribe is mainly found in southern Mozambique and the northern provinces of South Africa. Traditionally, Tsonga men wear animal skins, while the women wear beads and colorful gathered skirts called “xibelani”.

The Ndembele tribe is well-known their colorful and intricate bead-made apparel. The main attire Ndebele women wear is aprons. Girls wear small beaded aprons, while older girls wear “isiphephetu”, a beaded apron given to them by their mothers, and “isigolwani” which are thick beaded hoops worn around their necks, arms, legs, and waist.

Married women wear longer aprons made of hardened skin that are lavishly decorated in geometric designs. They also wear “isigolwani” and copper rings called “idzilla” around the neck, ankles, and arms. Girls and unmarried women traditionally do not cover their breasts, whereas married women cover their upper bodies with blankets in multi-colored stripes or beaded designs.

Ndebele men wear animal skin aprons and beaded breast-plates or “iporiyana” which hangs from the neck. The “iporiyana” is a symbol of manhood and is given to a young man by his father after he has undergone initiation. Animal skin headbands and ankle bands are also worn along with a cape.

Venda girls traditionally wear a “shedo”, a small apron that covers the pubic area. When girls develop breasts, they wear a “nwenda” at the waist or around one shoulder, which is made from brightly coloured striped fabric. Beaded necklaces, bangles and headbands are also worn.

Venda boys and men traditionally wore a loin-cloth called a “tsindi”. The “tsindi” is a triangular piece of animal skin covering the front, passed between the legs and tied at the back. In colder weather, they also wore a cloak over their shoulders. Today Venda men often wear shirts made from “nwenda” fabric paired with trousers.

Sarkodie Debuts on the… 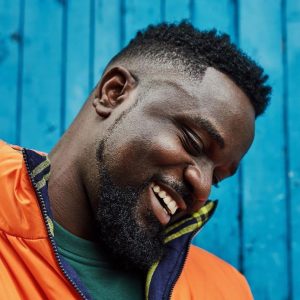 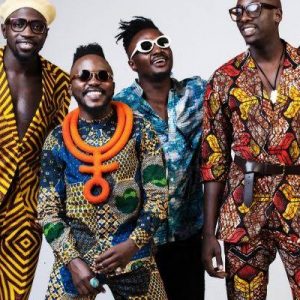