Toronto’s rising star Shopé premieres the highly anticipated music video for the single, ‘Rikiki’, taken from his album of the same name.

Released on the 2nd of October, the creation of the RIKIKI album was a labor of love several years in the making. The project holds a special place in Shopé’s heart, more than just a successful music release, the album was a transformative journey for this artist-  a journey of self-discovery and actualization.

The son of Nigerian parents, Shopé was born and raised in Lagos till age eleven when he and his family emigrated to Canada to seek out a fresh start and new opportunities, leaving the comfort of their home, friends, family and culture behind. As is the story of many immigrants in the West, his family were often met with hardship and unwelcoming arms when trying to assimilate to their new surroundings. Shopé even recalls being bullied relentlessly in school which caused him to retreat into himself and spend years either ignoring his African identity or downplaying it in an attempt to fit in.

It was only after facing some harsh truths that Shopé’s perspective gradually began to shift, it took him seeing and experiencing the disparity in treatment between white people and people of color first hand for him to rethink his position.  It was a sobering realization to find that the land he now proudly called his home was the same land that bullied him into gradually denouncing his heritage and turning his back on his culture, the very same culture that once brought him so much joy and comfort.

In an attempt to reconnect with his roots, Shopé took a trip back home to the motherland in 2013. He knew that in order for him to find peace within himself and his identity, he had to find a way to marry the two sides of himself. The Nigerian-born African and the Toronto-raised Canadian needed to coexist within him somehow, it took seven whole years for this process of self-discovery and actualization to be completed, but now Shopé is ready to share that journey with the world in the form of ‘RIKIKI’.

Here, Shopé describes the meaning and the message behind ‘RIKIKI’:

“As I continue to dive deeper into synchronizing both sides of my cultural identity, my strength and confidence grow. My heart for Africa grows by the day, without diminishing my love for Canada, a country that embraced my family and has afforded us many opportunities, not the least of which was the 2019 CBC Searchlight win. RIKIKI is my contribution to bridging my western identity with the motherland. It is a project for those in the African diaspora. Although a self-coined term, the song (and eponymously titled EP) is an expression of fierce, deep-rooted confidence that took me so long to develop. Simply put, ‘Rikiki’ is meant to communicate confidence, courage, boldness…not caring what others are doing/thinking/saying about you. Simply being strong enough to be you.”

Directed by Dukez, the music video for ‘Rikiki’ is a vibrant and colorful Afro-fusion ode to Shopé’s motherland of Africa bursting with positive energy and contagious beats. Having undergone a long, hard process of metamorphosis, the ‘Rikiki’ video sees Shopé finally fly free and spread his wings, unashamedly affirming himself as a proud Nigerian child, adopted by Toronto.

Between scenes, Shopé switches effortlessly between Yoruba, pidgin and English as he sings, dances and raps across an array of brightly colored backgrounds accented by African artwork and prints. The attention to detail in the video is impeccable as the story of Shopé’s ‘two sides’ marrying into each other is visualized through the use of traditional African prints on typically western clothing cuts and Shopé’s remarkable ability to switch languages and mannerisms at will, a skill that many Africans in the diaspora will relate to. ‘Rikiki’ is a beautiful song formed from a difficult journey, it’s a beacon of light shining out to all those out there who still feel as though they do not belong. 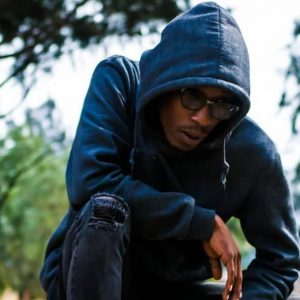 Sun-EL Musician Releases "To The… 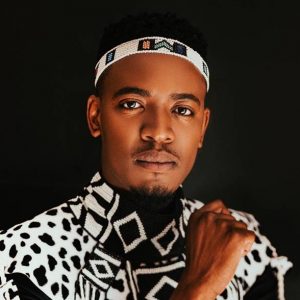 Sun-EL Musician Releases "To The World And Beyond"— a 31-track, Two-disc Album