Four tracks into Sarkodie’s Alpha EP, and you will understand why he is the best rapper of our generation.

At the just ended VGMA’S, Sarkodie was awarded the best artist of the decade, with a timeline that draws from him standing out at the heights of Kasahari, to spearheading Azonto to the world with 2010’s hit smash “You go kill me” and winning a BET Award at the peak of his career, his last Album “Highest” defined his dominance in the rap scene, and he returns with legendary status on his new EP “Alpha”.

The first visual off the 6-song EP is “Legend”. It features trend-setter artist, Joey B. Undoubtedly the standout song from the EP, we witness transparent chemistry between producer ALTRA NOVA and Joey B, allowing Sarkodie to recount his come up on his verse, a banal narrative from a rapper who has over 80 awards and has earned the title as the “Highest”. The production is robotic, a typical Nova beat, futuristic as ever, Joey takes the chorus and shows off on a beat that sums up his chemistry with NOVA.

Dubbed as a hip-hop project, it was only right for Sarkodie to recruit one of the producers that elevated his hip-hop scenery with an unforgettable production from 2014’s hit “Original”. Fortune Dane lends his talent with an elite production on the Intro, “Greatness”. This song is more like a fair warning, a reminder as to why he is the best, rapping about the incomprehensible awesomeness of his career, he is ruthless on the intro, declaring most rappers are not lyrical enough and indirectly saying there is just a few like him.

Sarkodie addresses many issues on the EP, on “Angels and Demons” he lays emphasis on his maturity on how he handles issues, not expressing it all on twitter, thus his silence killing critics. Bragging is one theme that flows through this project, of course, he’s earned the rights to brag and it’s acceptable for him to call himself Rap’s “Adjetey Sowah”, a veteran dancer who won the Malibu World Dance Championship in 1986, a pair that have accomplished the best of trophies in their careers.

“Bleeding” is a “look back” and appreciative song, to all those who helped contribute to his road to success, from producers (Possi Gee) to his day ones back in Tema, his verses breathe appreciation to everyone on an ATOWN TSB beat.

With four good producers handling the sounds, production quality was expected to be above excellence, and in all it didn’t disappoint, Nova was excellent, Fortune Dane reminded us why he had one of the best hip-hop beats in 2014 and Console Chronikz made an announcement with a Latin-themed production called “Vintage flow”, on a relaxed guitar string, the BET award winner tackles his frenemies, spiritual uplifts, and street-wise words to survive the industry with.

The 20 minutes project has only two features, with the first slot taken by Joey B. Ruff town’s late singer, Ebony takes the last slot with a verse on “Odo”, a song where Sarkodie channels his inner Ofori Amponsah, his voice carefully lays on a  Nova production giving us a slice of skeletal modern highlife with a bake of hip-hop, the producer’s ability to carefully sync Ebony’s voice with the sounds is top-notch, ebony’s verse reminded us of the diamond we lost in the catalog of flawless female artists who are meant for greatness.

With one of Ghana’s most demanding fanbases, this EP has a double purpose; a reminder of why he is the “Highest” and the most decorated rapper, and fire stuffed parcel for his core fans. 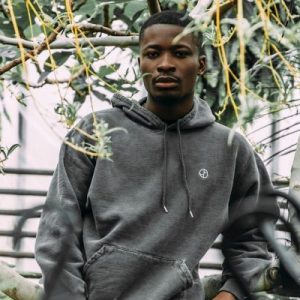 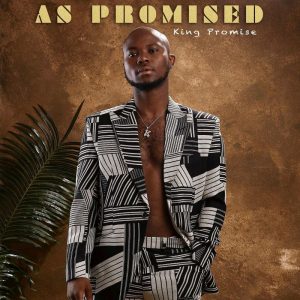