His original idea was simple; juxtapose English words ending in the suffix ‘ant’ with creatively funny Pidgin interpretations, using an ant (the insect) as the subject. As there are at least 500 words that end with ‘ant’ in the English language, the opportunities for wordplay are technically limitless.

Soon enough, “Ant Wey” and later, #AntWey were among the top 10 trending topics on both Ghanaian and Nigerian Twitter. This went on for at least another 24 hours, garnering over 100,000 impressions on Reggie’s original tweet alone.

He’s decided not to rest on his oars though, he capitalized. He decided to drop an Ant Wey Inspired Song called “Ant-Man”. He shows his versatility his witty punch lines and rugged flow, spitting some cool thrill lines to further prove his capability in the hip-hop game, with the sick instrumental produced by Sosa matched with Reggie’s lyrical prowess. This jam is one that meets all standards set for hip hop music and the description of a proper Sabi Boy. Mixed and Mastered by Mix’D 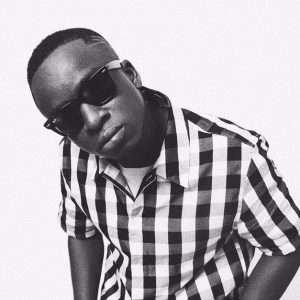