Hip-hop’s ability to pull energy, declaration, raw emotion and heated lines is never doubted, and La Meme member RJZ, is here to just mnemonize us with a sound that defined his rap and style of making music.

La Meme’s controversial act, replied the industry with an open letter to claims about his love life, producing a hit song with Mac M. One thing we know about RJZ is his power to rap, this can be clearly confirmed on his debut album FLAIR released in 2016 and 2018 single ‘VVS’.

He rekindles with his rap days on this one with fellow La Meme rapper Kiddblack, on an Altra Nova superlative production, the rapper initiates the song with a sample of MJ’s  1983 smash ‘Billie Jean’ before unleashing a fervor verse that describes his rap Moniker and title of the song ‘Fuccin’ Legend’.

He lights up the song with a luminary theme before creating awareness of how his enemies have tried to come at him on a moaning sample filled with deep furious backing and thumping drums, before reminding us of how much of a legend he is countless times on the chorus, if anyone was going to take the baton and continue the run for a hip-hop classic in this Chef d’oeuvre, only a rap god will match Legendary status.

As expected, Kiddblack hopped on the beat and did his thing, with a deep yet direct exultant intro, the rapper’s voice dances on the carefully blanketed beat, comforting his words and elevating his point of being a rap god and subsonic, trapping his verse beneath an icy production. The song is basically 2 and a half minutes of lively verses impassioned with rap salvos that reannounces both rappers presence in the rap game with Authority. 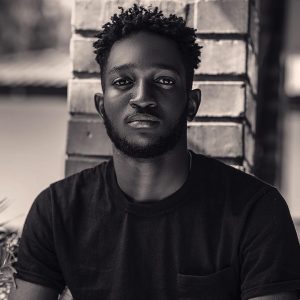