The Whole Truth, which happens to be Sizz The Truth’s debut music project is definitely a shocker!

The body of work is a mixture of all sorts of different vibes which is actually a great thing since there’s something in there for everyone.

The ever vivacious Cina Soul and rapper Ko-Jo Cue were the only guest artists on the project. Sizz The Truth definitely did take us on a journey and showed his versatility on this project.

The selected Producers for the project were SoBeatz, his partner in crime- Arrow, who produced 5 songs, Boye, K.Banks, PJ Katz and DJ Kwamzy.

As a start to the entire project, we’d say Inspired did the trick. The song title and choice of instrumentalization gives listeners a sense of intrigue.

Sizz talks about how he’s fired up to take the world by storm. He also shows a bit of paranoia in his second verse which is very normal for young artists; friends and even family not showing needed support from the onset but will be expecting some benefits in the end.

I know some niggas that will lay back
Till they see it all turn into big cheques
Thats niggas ion know
As baba God make I blow
What you holding out your hand for?

Never told is a sample of self-acclaimed Hiplife pioneer, Reggie Rockstone’s “Keep Your Eyes on the Road” which is also a sample of Alhaji K. Frimpong’s ‘Kyenkyen Bi Adi Mawu’. The rapper takes us on a nostalgic trip as he talks about random stuff.

Produced by Boye, Everywhere is an enjoyable tune.  It does continue Sizz’s paranoic rant in Inspired.

It tells a story of how well accepted Sizz and his team are now everywhere they go.

Sizz joined forces with BbnZ’s rap catalyst Ko-Jo Cue on this one. The hook shows an unbothered Sizz as he cautions his opposition to focus and mind their business as he and his team are getting closer to achieving greatness.

Evil, which samples Tyrone Davis’s 1979 hit single, Ain’t nothing I can do, is a mix of old school and the new school with a bit of twist to it. Sizz is in a conundrum- He is three sheets to the wind, thinking whether or not to give in to his selfish desire to have a one night stand with “Shawty”.

From the lyrics, the reasons why Sizz is hesitant is because “Shawty” is a whore and a Golddigger. The moral of the interlude is Love these days is fueled by a lot of Evil Motives.

Rora, for us, was our second favorite off the project. After following his music for a while now, Sizz showed a whole new side as he sang about this mystery woman on an Afropop and flirtatious DJ Kwamzy beat. Rora is an easy to sing along and very relatable song.

Just pray to God that I never fold
And be here to tell the stories that were never told
I got hella foes, devil wearing different clothes but I see you though
You can never have my soul

Joined by Cina Soul, Sizz confronts the other side of the project, which is hard work, achieving dreams and making Mama Proud. ‘Till We finish’ is a great anthem and Sizz gets his whole message across on this.

For a debut project, The Whole Truth is a good body of work. We got to see a few sides of this very promising musician. We feel it’s a very preliminary project and a lot more work could have been done.

Awaiting his future works and collaborations.

African Fashion Through A… 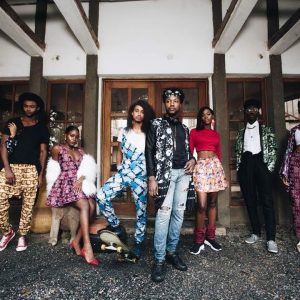 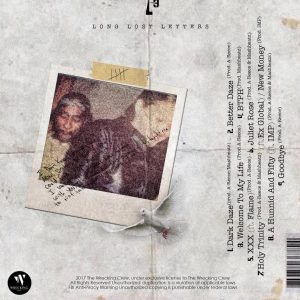