After the massive breakout of Afrobeat Superstars- Wizkid and Davido with ‘Holla At Your Boy’ and ‘Dami Duro’ respectively, The African Music scene hasn’t witnessed the fast rise of an artist in his teens topping charts as well as receiving nationwide, continental and global approval like Rema. In a span of Months, Rema has gone from dropping front seat freestyles to racking up millions of streams from all over the world.

As a music maker or just someone interested in the music industry, you definitively may have wondered what made Mavin Records’ Golden Boy Rema Standout. How does an indie artist go from freestyling in a car to Getting featured in Barrack Obama’s 2019 Summer Playlist?

By simple observation, we compiled a list of success tips we believe one can learn from the 19-year-old on how to achieve such great feats at such a young age.

Although much of the buzz around Rema’s rise has focused on his age, it’s hard not to be impressed by his lyrical ability and accomplishments. The musician burst on to the mainstream scene with his song ‘Iron man‘ in 2019 but started his musical journey very early.

Rema had been singing and rapping throughout his stay in Secondary school. He got his big break at age 14 when he formed a music group with his friend, Alpha P called RnA. They won a talent show, got a record label and released their first single ‘Mercy’. This got them some attention. He continued to perfect his sound and style by writing more music. A lot of teenagers and even to some extent, grownups have not identified what they really want to pursue in life.

Since the days of Justin Beiber, Carly Rae Jepsen, and Ed Sheehan, Social Media has been one of the very powerful tools helping record labels find artists. Apart from connecting people and being a vital tool for communication, talent managers, A&Rs or Record Labels use social platforms like Twitter, Instagram and Youtube to easily spot new talents.

D’Prince, brother of Don Jazzy, found Rema on Instagram after he tagged him in a freestyle to his song, ‘Gucci Gang’. He was so impressed with him and knew he was going to be ‘the next big thing’. After telling Don Jazzy about the child wonder, He embarked on a journey to Benin City to get the Baby Dragon. After convincing Rema’s mum, D’Prince returned to Lagos with him. Rema is currently signed to Jonzing World, a subsidiary of Mavin Records.

Even though music is the most essential arm of the entire music-making process, putting out good visuals- pictures, music videos, freestyle videos, interviews– are also very pivotal. In order to be easily identified by the general public, one needs to take photos of how he would want to be seen as an artist. Rema’s freestyle videos helped his journey as it made people see and easily identify with him, falling in love with all his mannerisms as well as his cheerful personality.

Initially known for his enjoyable Trap mumblings, Rema started experimenting with the Afrobeat sound as seen on his breakthrough single ‘Iron Man‘. With Afrobeat being the signature sound of Nigeria Music, and slowly getting international embrace, with artists like Chris Brown and Beyoncé getting in on the action, it was only right he dabbled with a new sound in order to be noticed by a wider audience. After Iron Man, Rema increased his fanbase with another banging Afrobeat hit- ‘Dumebi‘.

After dropping random viral freestyles on social media, Rema actually recorded and compiled his freestyles into an EP. This was highly requested by his fans, receiving a lot of streams from Spotify, YouTube, and other digital streaming services. It is mainly a Trap themed EP that helped Rema receive a lot of attention from Trap lovers from all over the world.

Rema and his team have created a system to keep his fans entertained whiles yearning for more music. It is the 4-song EP strategy. His debut EP, the self-titled Rema consisted of 4 songs, his second had the same and his very recent Bad Commando has 4 songs. With this system, he’s keeping his fans fed, readying them for the next drop.

Rema is a standout act with a stand out sense of fashion. Blessed with good looks, Rema complements his God-given gifts with a fashion style that makes him stand out from his peers. Although the Afro-Pop Star is persecuted for sounding like some of his mates and Wizkid, he dresses nothing like them. You’d always catch Rema in some colorful loose clothing- baggy Jeans, sweatshirts, sweatpants and a pair of super-bulky sneakers. He’s also known for wearing ski masks.

8. Stick to What Works For You

It is a normal occurrence when artists stop doing the thing or things that made their fans fall in love with them in the first place. After being discovered and topping charts, Rema hasn’t stopped dropping freestyles. Many artists see freestyles as a thing to do in order to get attention and do away with when they reach their goal. Some also see freestyles as a waste of time or I don’t know, something below them. Just recently Rema dropped a new freestyle captioned “Since I got this fame, it’s been so Hard to Love again”.

His fans, myself included, thought it’d be on his Bad Commando EP. I’m Thinking there’d definitely be a sequel to his Freestyle EP.

It may be argued that the greatest success tip from Rema is the fact that he is backed by a very powerful record label and is naturally a good looking kid but may we never forget that he was discovered for the most important thing- making good music.

Sarz and Lojay confirm Chris Brown will be on ‘Monalisa’ Remix 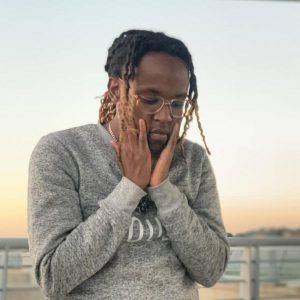