Rapper Pappy Kojo returned from a year-long musical hiatus with a rejuvenated version of his celebratory end of year anthem “Thomas Pompoyeyaw”.

Pappy Kojo taps yet another Beyonce collaborator for the remix, South Africa’s queen of dance, Busiswa (who also made a guest appearance on The Gift album). Busiswa complements Pappy Kojo’s efforts with a memorable rap verse.

Going by the moniker “Fante Van Damme“, Pappy Kojo has always made it a point to put his hometown – the coastal Fante twin city of Sekondi-Takoradi on the map. “Thomas Pompoyeyaw” is yet another step taken in that direction. Aside from being an ode to the rapper’s birthplace, the afro-infused EDM jam also sets the tone for the city’s famous Masquerade Festival which is celebrated annually during the Christmas festivities. 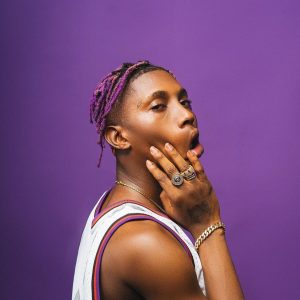 Bella Shmurda Cements His Spot as the New King of the Streets in a "Rush"!