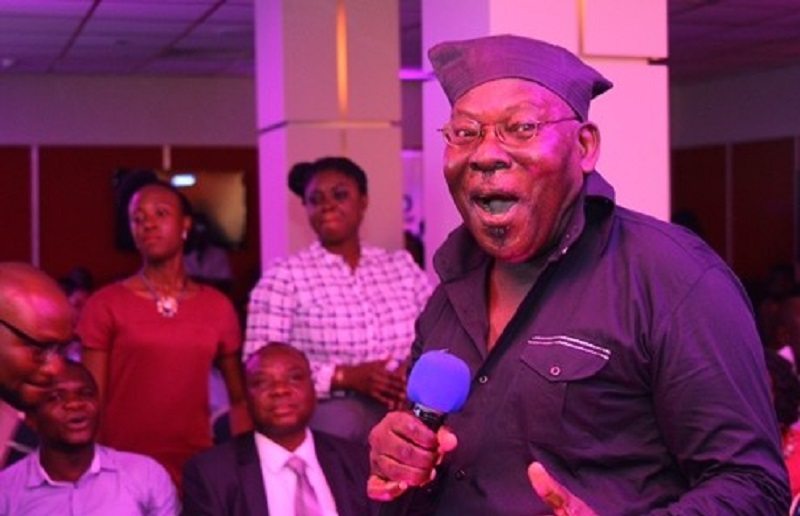 Fortnightly, Unorthodox Reviews uses its advocatory platform in the promotion and sustenance of Arts in Ghana to acknowledge and appreciate Legends, Dead, and Alive for their contributions through their various art forms. Those who through the exploration and execution of talent have showcased the cultural brilliance of our land to the rest of the world. #Yasaase – “Our Land”!

Of all functions that take place in society, Benjamin Paapa Kofi Yankson discovered his musical talent at the most unlikeliest; a neighbors funeral. Born on the 22nd of June 1944 to Mr. Benjamin Akono Yankson, a reputable Trumpeter with the Apam Brass Band and Mrs. Akua Yankson, trader and member of the Christ Little Band of the Methodist Church, the Show your love and “Tsena Menkyen” hit maker affectionately known as Paapa Yankson is an Ace Highlife musician who has done his part in projecting Ghana to the world and today we celebrate him on Yasaase!

After enrolling in the Ahantaman Secondary Commercial School where he obtained a certificate in stenography, Paapa Yankson found a job at the Kingsway Chemists Limited, then a company in Sekondi- Takoradi where he worked as a stenographer for five years. He later landed a job at the African Timber and Plywood Company in Samreboi which was a subsidiary of UAC, the United African Company where he played the role of lead singer in the company’s band, the Big Sound Band whiles still working as a stenographer for four years.

For more than 30 years, Paapa Yankson has proved to be an icon and a legend in the music industry bringing joy to the hearts of the citizenry with hit songs like “Wo Yer Anaa Wo Maame” and “Wiase Mu Nsem” but it all had a beginning.

After the death of his mother, Paapa Yankson found himself in Takoradi where he’d pay his last respects to the woman who had birthed him. At the funeral he learnt that the band which had come to perform, known as the Carousel Seven, the same band with which he performed years before at his neighbor’s funeral had been searching for him for years and had come to his mother’s funeral in hopes of meeting him. After being recommended by one of the greatest Ghanaian musicians, C.K Mann who was then the leader of the Carousel Seven, Annis Mubarak the proprietor of the band invited Paapa Yankson to play with his Band and the eager Paapa honoured the invitation with his acceptance.

The National Academy of Music in Winneba was the next stop for young Paapa Yankson, where he read a diploma programme in music. He later became the music organizer at the Garrisons Education Unit in Burma Camp, Accra where he worked for nine years. In 1991 he returned to Takoradi to help form one of the biggest bands in Ghanaian history, Western Diamonds, upon the request of Mr. Ebo Coker a business man and acquaintance. He took charge of singing and directing in the band and left two years later when the band had found its feet.

The Golden Nuggets was later founded after Paapa Yankson was invited by the then CEO of Ashanti Goldfields, Mr. Sam Jonah to aid in forming a band for the company.The band was then moved from Obuasi to Accra upon his request where he played till he decided to go solo in 1995.

Through his music, Paapa Yankson has journeyed across the world, teaching, inspiring, and projecting the rich and diverse musical culture of Ghana to the world, including countries like Belgium, Germany, Holland, Nigeria, Benin, Canada, and the United States among others. He has more than 15 albums to his credit and has won several national awards as well as nominations. His hit song- Yaaba won him an award for Best Composition at the Kokomba Awards in 1997.

At the just ended maiden edition of the Exclusive Men of The Year Awards, which took place at the Banquet Hall, the audience found themselves in an emotional state when Paapa Yankson came out to perform and appeared in a wheel chair. It has since come to the notice of the general public the state of his health which has become a cause for concern for most Ghanaians.

Paapa Yankson has been an instrumental icon, a role model, a pace setter and a true representation of Arts in Ghana and beyond. He has been a prolific leader and team player. He is a living legend who deserves to be honored in every right. We express our gratitude and ask for divine strength and favor on his behalf in his time of weakness. Paapa Yankson, wherever you are, we say Mbo! Ye ma wo Ayekoo!