Based in Houston, Texas, Orchestrate96 started rapping for fun in 2018 in Houston. Gifted with a unique cadence, and flowing with a strong Nigerian accent the young lyricist stood out. He started taking his craft seriously in 2019 where he dropped back to back projects – a mixtape titled “Exposure” and a sequel dubbed “Exposure 2.0“.

According to Orchestrate96, “Young & Naive” is a personal project which is filled with a lot of lyrics and messaging that speaks on being goal-oriented. He said: “Most of my lyrics point towards being goal oriented. I talked about how I work a day job. How I attend college and I made sure to include noteworthy encounters while in on campus.”

Speaking on his mind-state when recording the project, the gifted rapper claimed “Young & Naive” is an attempt to project himself to his potential fans and listeners in the best light. He said: “I made this album to show a side of me that is not obvious to my fans or listeners. It is my debut album, so I wanted my listeners to know me more. An attempt to build a bond or relatability.”

Listen to “Young & Naïve” on Audiomack below: 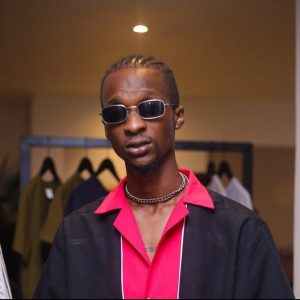