In Next Up, Music

Our NEXT UP series is a music discovery initiative that showcases the next big things in Afro-influenced music from across Africa and beyond! In this edition, we speak to talented Nigerian American Rapper Orchestrate96.

Orchestrate96 started rapping for fun in 2018 in Houston. Gifted with a unique cadence and flowing with a strong Nigerian accent, the young lyricist stood out. He started taking his craft seriously in 2019 where he dropped back-to-back projects – a mixtape titled “Exposure” and a sequel dubbed “Exposure 2.0“. He then dropped ‘Young & Naive‘, his debut LP in 2020.

The Unorthodox Reviews team caught up with him to talk about his musical influences, career aspirations, and his impending song ‘Pop Out’ featuring OMB Bloodbath and Space KID.

1. Hello Orchestrate96. Start by telling us a bit about yourself and how your musical journey began?

Hey, y’all! I am a Recording Artiste and Songwriter born in Benin City Nigeria. I am currently based in Houston, Texas, USA. I enjoy the simple things in life. I love hanging out with family, friends, fans, and anyone with the right energy. I discovered my love for recording music by accident. Growing up, I have always loved listening to Pop and Gospel music. I never was a big fan of rap. It was not until 2015 when I deliberately took time to listen to rap. Then, I started to genuinely appreciate the art and culture behind hip hop. It took me up until 2018 to start writing songs. I got inspired by contemporary Artistes like G-Easy and Smokepurpp. I watched those Artistes come from absolutely nothing to become the people they are today. If they can do it, I can too.

In 2018, I got into an academic mess. Grades went out the door. Out of frustration, disappointment, and anger, I vowed to find consoling. I tried all sorts of new things. Went out of my comfort zone. Nothing satisfied my long exasperation. On a faithful night, I heard this fire XXXTentacion type beat while listening to music on shuffle on YouTube. Since I was already predisposed or inclined to trying new things, it was easy for me to call my friend Joseph to rap on the song. Joseph had already written a handful of songs at the time. Since he knew a thing or two about rap, I thought to myself, “why don’t Joseph rap on this track while I release it on my YouTube channel.” It was something we could do for the sake of fun. Joseph agreed and as the song’s creating progressed, he asked me to write to it as well. We went to the studio. Recorded the song. I loved the feeling and the experience, and I did not want to stop. I wrote and recorded some more songs after that day, and I have not stopped since. Listening, recording, and writing music have become companions or an escape from testing times.

2. Let us talk about “Pop Out”. I personally enjoyed listening to it. How did the collaboration come about and what should the listeners expect?

Spring is rounding up. I was looking to create a summer anthem for my fans and listeners. A song that gets listeners hooked immediately. A track that stands the test of time. Fortunately, I can trust Kevin Hues, the producer for transcendent beats. Kevin made the instrumental and invited Space KID to jump on the hook.  I have personally listened to Houston Artiste, OMB Bloodbath for mind jogging flows in the past. I knew she would be a noteworthy addition to the song. Once she said she was open for features, I sent Kevin’s instrumental in. After a couple of weeks, the entire song was ready for listeners. Fans and Listeners can expect chill, smooth vibes from this song. This is a track you can play at any point in your day. So, relax, kick back, and vibe.

3. I understand ‘Pop Out’ is the lead single from an impending LP. Tell us what inspired the name of the LP— ‘Money baby’. What are we to expect from the body of work?

I have a long-term goal to build generational wealth. Wealth just generally opens doors to more opportunities. I want generations after me to enjoy options and opportunities money has to offer. This album is a reminder of that goal. I have dedicated a great deal of time to the audio production, visuals, and the featured artistes on this upcoming album. Everything from the cover art to the engineers, photographer, videographer behind the songs. There is going to be an obvious improvement from my previous 2020 LP, ‘Young & Naive.’

In Africa, Nasty C has influenced my sound in the past. I love his cadences and his ability to write intense lyrics. Saint Jhn and Comethazine are both American Artistes that have altered my music. I am astonished by their raping style and confident approach to the music they put out.

5. What is your philosophy in life that influences your creative work?

Not sure if I follow any philosophies but, I know that with every release I aim to show notable improvements. I constantly remind myself that I am my only competition. I desire to consistently learn and improve my craft for myself and the listeners. Like the common saying “there’s always room for improvement.”

6. What makes you the happiest: writing music, recording, or performing on stage?

Performing on stage makes me the happiest. There is nearly no better feeling than being in a room full of wonderful people that sing your song along, bar for bar. We all get turnt. If everything aligns properly, those concerts and shows can be memorable moments.

7. How would you say your previous LP ‘Young & Naive’ performed? Were you impressed with the response?

Young & Naive performed adequately especially with the release of the music video to ‘Stack Up.’ A track from the album. I got new reactions from people saying it was witty, interesting, and appealing. I thought those were decent feedback. I got no regrets.

My life experiences, name, and cadence make me different from other artistes. It is not quite popular to see a Nigerian rap artiste on a Hip-Hop beat with the life experiences I have been in. The first thing new listeners notice about me is the accent. I think it’s safe to say I catch people unawares with it. Especially when the song starts with a trap beat.

One of the most pertinent issues in my opinion is the lack of good role models. Role models can save other individuals from making life-altering mistakes. Successful Musicians have been able to show others that it is possible to make a living doing what you enjoy. Believe it or not, knowing that you can make a living doing a hobby has encouraged others to pursue beneficial careers. Careers would have been frowned upon by the OGs. An example is Audio Engineering. The Audio Engineer I work with right now graduated with a degree in Business Marketing but, is mixing and mastering music. He is a role model for me. I know I could get an engineering degree and pursue this music career.

Listen to music by Orchestrate96 below: 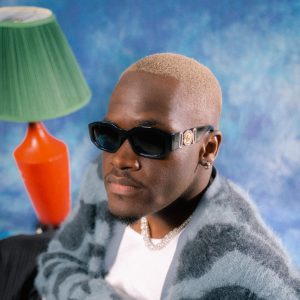 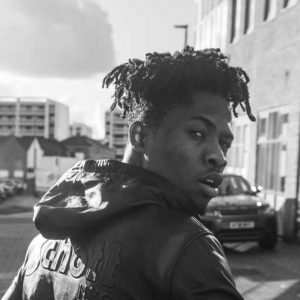