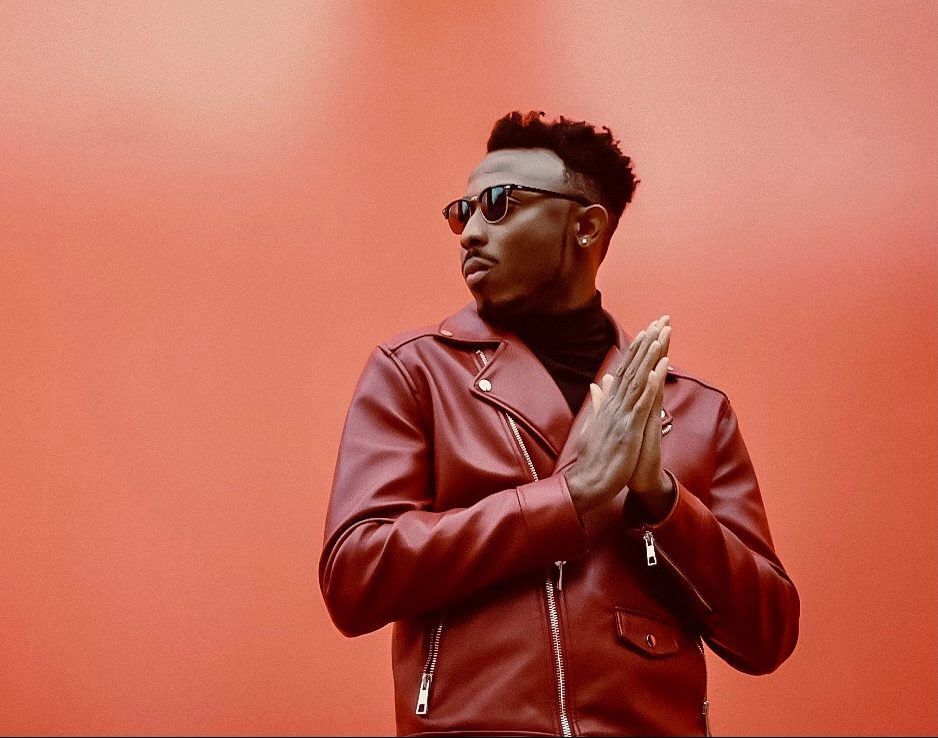 Our NEXT UP series is a music discovery initiative which showcases the next big things in Afro-influenced music from across Africa and beyond! In this edition, we speak to promising Nigerian Afropop artiste K-BRWN.

K-BRWN is a budding singer-songwriter whose genre-bending afro-fusion sound is heavily influenced by pop to moombahton to house music, and now Afropop. K-BRWN draws inspiration from all the countries he has lived in, his relationships, politics and his personal struggles as a Nigerian trying to carve his own musical path.

We caught up with the talented musician as he spoke extensively about his musical influences, career aspirations, and his peculiar experiences as a young act on the come up in the music industry.

1. How did you get started in music and what gave you the motivation to take it up professionally?

I had admired how Tuface, P-Square, Dbanj and Styl Plus changed the game in Afrobeats, which influenced me a lot but I would say high school. I used to watch my classmates, now friends, singing and writing songs in the back of the class. I was so intrigued that I went home and started experimenting with writing and I recorded my first song around 2008 or 2009 after saving money for studio time. Ever since then I just never stopped making music.

2. Do you have any other professional interests aside from music? And how do you juggle the two?

I am a Lawyer and currently getting an MBA degree. So I’m juggling 3 things, which to be honest is hard, like for real. I do think it has also taught me the art of prioritizing my time and staying disciplined to get things done.

3. Walk us through your creative process. How are you inspired? How do you compose most of your music?

It really depends. Sometimes I come up with the melody first and then work with a producer, who creates the beat and then I write on it. Sometimes the producer comes up with the beat and I write on it. I enjoy co-writing with other talented writers, I think they can bring out something in you that you never expected. The theme of each song depends on the mood that I’m in. I would say, writing on the beach has been my most inspiring moment but I have also written amazing songs in my bedroom in my parents’ house without NEPA/PHCN. So, sometimes I no even need beach settings, as a Nigerian inspiration go come anywhere, even on top suffer head lol.

4. Tell us more about your new song “Te Amo”? What inspired it and what does the song represent?

I’ve always had the Te Amo melody since 2017. It was like a mosquito that just couldn’t leave me. I tried different producers; different versions and nothing felt right until I linked up with JuwonMix, who killed the beat for real. It was like a match made in heaven. Te Amo is a special song dedicated to all the amazing lovers out there. I think it is a song that anyone can sing, vibe and dance to.

5. Should we expect a music video for the song?

I’ll plead the 5th on this one..haha. We do have a visualizer out now and I think we will just flow with the process.

6. Which musical genre is your stronghold and if you could dabble in another genre of music, what would it be?

I actually used to make a lot of EDM and European pop music, before I switched to Afropop. If you listen to my new sounds, I am sure you can find some elements of EDM influence. I love to experiment with different sounds but if I had to dabble in another genre, I guess it would be Reggaeton. I just love the sound and a fusion with Afrobeat is mad mad.

7. What is the most difficult thing you have had to endure in your music career?

Doubts from family, friends and myself. That need to chase security because of how unpredictable and unstable a career in music can be. Which is why I ended up in law school and currently in Business school. The desire to have security whilst chasing a career in music. If I had to create an ideal world, it would be a world where I don’t need security to survive and I can do whatever I want i.e. chase music. Other than that, I think dealing with flaky people and unprofessional artists is something I had to deal with. I hate being flaky; I’d rather you just tell it to me straight than dancing around the bush.

8. Who do you consider your biggest musical inspirations?

Given his current reputation, however, I would say Michael Jackson was my biggest influence. There have also been a lot of artists that have influenced me including Westlife, Usher, Chris Brown, Tuface Idibia, Beyonce. The list goes on.

9. If you can have your fans remember one thing about you, what would it be?

I want them to remember me as the artist who made sure he did things that made him happy.

10. What would make you want to collaborate with another artist? What are your dream collaborations?

I think the artist would not just be really talented but also professional in their work ethic. Currently, I can’t say I have dream collaborations but Tuface, Simi would be on top of the list if I had to make one.

11. Finally… are you currently working on any project? What is next for K-BRWN?

Yes! I have an EP set to be released on November 5th. I’ve been working on this project for a year now and I can’t wait to share it with everyone. It is my debut Afropop EP and my first body of work. So excited about it and there are some mad collaborations to be expected too.