NewAgeMuzik are three young British-Nigerians reinventing the future. Formed in 2015, after Kamo, Prince and Notch found themselves constantly bumping into each other at the same raves and house parties around North & East London, the trio bonded over a shared musical vision; they loved afrobeat, rap, dancehall, and RnB, but believed that the genres could reach so much further and say so much more.

They’ve been hitting the lab to work on their own music. The result is a brand new 6 track EP; Sounds of a New Era [S.O.N.E]. With Notch’s production augmented by FRED (whose other credits include Mr Eazi, Burna Boy, Raye, Stefflon Don, J Hus and more), Count Counsilla (Flowdan, Jelani Blackman), and new names JT and Producerboy.
S.O.N.E. is a mission statement from a band intent on making Afrofuturist classics.
Discussing the new project, N.A.M. is unsurprisingly passionate.
“S.O.N.E. is our vision of how music will sound in 20 years,”  Prince says. “What would the beats sound like? What would the topics be? The EP fuses our ideas and our producers’ ideas of what the future is.”
“We start from our Afro roots then move forward,” Kamo adds “We’re trying to push abstract sounds to the forefront, and introduce different energies. We don’t want to follow basic trends! The plan is to shift the status quo with the sounds we’re making and the risks we’re taking.”
The cover of the EP is an explosion of comic book sci-fi imagery, a depiction of the band piloting a flying car out into the universe; a tongue-in-cheek nod to just how far they’ve come from their first release.
“That first mixtape,” recalls Notch “was about jumping in a car with us and listening to our tunes,”
“-And now the cars flying to the next world.” Kamo laughs.
Prince finishes his thoughts – “We’re taking the first steps to Mars..!”
As you can see, they are visionaries! Check out NewAgeMuzik – Sounds of a New Era [S.O.N.E] out now on Spotify and Apple Music.
Enjoy!
NewAgeMuzikUK 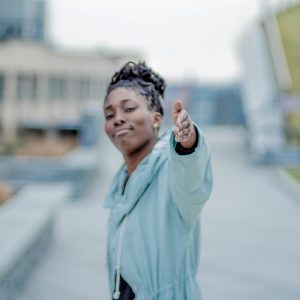 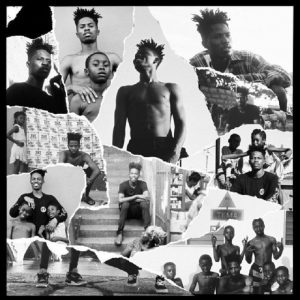