As Nigerians stay home with the rest of the world due to the coronavirus pandemic, Nigerian artists keep putting out good music on a daily basis. For your hearing pleasure, we compiled a list of 14 Nigerian Songs You Need To Hear.

Mayorkun isn’t just the “Mayor of Lagos”, he is the “Mayor of Hits”, constantly evolving with his sound and brand since his inception. He kick-started the year with “Geng” which remains one of the biggest songs in the country. “Of Lagos” is produced by DMW in-house producer – Fresh VDM, mixed by STG. The song combines Amapiano feels with repeated chants and a dash of singing.

DMW‘s Dremo keeps building a loyal cult of following as he made a return this week with the all-new project – “Code Name 2”.  The rapper went hard on the project. The sound design, song arrangement, and content paints a perfect picture of his growth and drive to stay relevant in the game.
“Mabel” promises to be is one of the biggest songs off “Code Name 2”.

Buju is now flying on a spaceship! He has been officially signed to Burna Boy’s Spaceship imprint, and the two just collaborated on the remix of “Lenu” -perhaps to mark the newly inked deal. The collaboration birthed a magical undaunted vibe, complemented by a stunning video that was shot by the amazing TG. Omori.  This song is a must-listen for all.

The release of “Duduke” quickly follows Simi’s guest appearance on Ladipoe’s single “Knowing You”. Produced by Oscar, “Duduke” is a mellow yet bouncy love number, an intoxicating lullaby, that sees Simi creatively employ the use of onomatopoeia in describing the effect the arrival of her “baby” has on her heartbeat. Congratulations to Simi and her hubby Adekunle Gold are in order.

Seyi Shay ft. King Promise – All I Ever Wanted

‘Bop Daddy’ comes through as a major break for Falz for his UK audience alongside one of the very best in British artists out, Ms. Banks. The insanely creative video takes on a trippy retro vibe doused in vibrant colors. The quirky fish eye views and cartoon-like eyes bop along to the jiggy lyrics and bouncy flow from Falz and Ms. Banks’ unstoppable savvy bars.

Fast-rising act Oxlade finally dishes out the lead single “Away” off his recently released “Oxygene” EP. The TG. Omori directed video was shot at various iconic locations in Ghana.

Fast-rising singer, Bella Shmurda comes through with the new song “Sho Mo Mi”, taken off his just-released debut body of work dubbed “High Tension EP”. “Sho Mo Mi” is the fourth track off the 7-track EP. The video was shot and directed by the Naya Effects.

Taken off their recently released collaborative EP dubbed; “The Live Report”, “Jesus Said Use Your Head” is hinged around conspiracy theories and undiluted truths about life and religion. The project was produced by BeatsbyJayy and it is definitely worth your time.

On a mission to return to the music frontline, veteran singer Paul Play has yet again released another big single. This will be a second coming after his heavyweight collaboration with Runtown on his timeless classic ‘Angel Of My Life’! This time he joins forces with our alternative music stalwart – Nonso Amadi, whose soulful and palliative voice brings therapy to every jam. “Kolo” comes with a sample of another of his classic tunes ‘Forever’, Paul seems to be reincarnating his old-time hits songs to give us a contemporary and neoteric vibe.

Mavin’s fast-rising pop star Crayon comes through with a brand new single titled “Mo Bad“.  Already his third single of the year after his previous singles; ‘Shima‘ and ‘Kpano‘ which are still buzzing, the talented singer links up with the label’s in-house producer, Baby Fresh to deliver this mid-tempo jam.

The Afro-dancehall fusion wonder kid – 1da Banton returns to the music scene with a chill melody that he titled “Foreigner”.  The self-produced song is a smooth integration of afrobeat, reggae, and high-life and is taken off his upcoming debut project – Original Vibe Machine (OVM), rumored to feature some heavyweights including the likes of Teni, Seyi Shay, Stonebwoy, Duncan Mighty, Ice Prince.

Fave is the new kid on the block! “N.B.U” acronym for “Nobody But You” was inspired by an earlier recorded viral freestyle, jumping on a Jinmi Adbuls beat. The song speaks on commitment and reciprocity in love. Fave proves she is definitely one to watch with this cut.

There are different conversations ongoing about who Jamopyper is and why the song was released almost the same time as Mayorkun’s – “Of Lagos”. That’s a story for another day. For now, you can groove to Rahman Jago’s catchy street anthem featuring Jamopyper and Zlatan.

Sampson Malachy is a Music Business Executive and a Media Relations Expert. 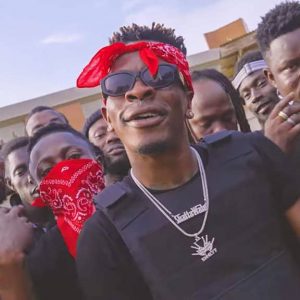 Shatta Wale's “The Manacles of a Shatta” EP is finally here 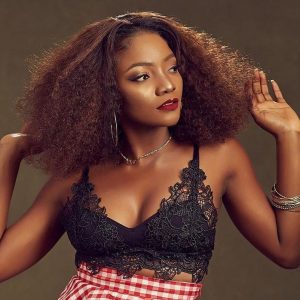