Social media platforms are the preferred means of communication for millions of people these days. Although traditional communication has proven its worth in delivering information, the power of social media is growing exponentially. This growing hunger for more social media exposure has paved the path for musicians to make their passion known to more listeners.

Indeed, numerous artists turn to social media platforms to make their presence felt and their message received. A case in point isJowy Cenat, a young artist who has captured the ears of many. The talented Jowy hails from Queens, New York, but he is of Haitian descent. He became a viral sensation at the start of his music career, thanks to his soulful performances that earned him a loyal following.

The genre he makes music in is also quite unique. He mainly produces classical piano pieces and melodic piano covers with a mix of Caribbean tunes. As a music lover, Jowy Cenat has evolved and continues to do so. From being an artist who reaches out to others through music, he has become a mentor for aspiring individuals. He is a living inspiration for those who want to make it big in the music industry.

As a kid, Jowy remembers his passion for music. He would practice playing the piano but was never given a chance to showcase his skills in public. It wasn’t until a later time, when fate knocked, and the door to his glorious career presented itself. His university gigs were featured on social media apps like Facebook and Instagram, enabling him to reach more listeners.

Cenat’s self-taught skills did not go unnoticed by the music community. Not long after he became a proficient pianist, he earned the admiration and respect of his peers through the pieces he produced. This was only the beginning of his extraordinary musical journey. By utilizing social media and creating his own website, he connects with a vast audience. He also shares his wisdom with those who aspire to become future artists like him.

In the words of Jowy Cenat, he hopes to make his experiences come to light and be a tool for effective communication with the younger generation. They, too, like him, yearn for the fulfillment of their youthful ambitions. He believes that music doesn’t recognize any distinctions and can speak across all people of all ages and all races.

His book on being an authority on YouTube offers insight into using social media to one’s advantage, given that today’s digital trends directly reflect what society is interested in. Jowy’s social media presence has been building up these last few years. He started with a few thousand followers, and that number continues to grow. It has now reached the point that he can maximize his online influence and help other musicians in the process.

For young musician Jowy Cenat, the way to turn one’s dream into a reality is to make a move when opportunity calls. His journey to artistic greatness began with a simple vision to be somebody. He is cementing his influence in the music world through his music coupled with a solid online presence. The story of Jowy Cenat is an example of how artists in this digital age can connect with their audience base through social media. 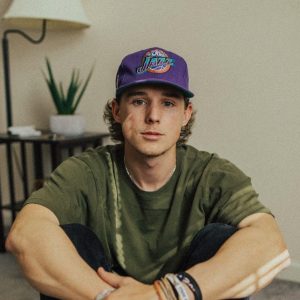 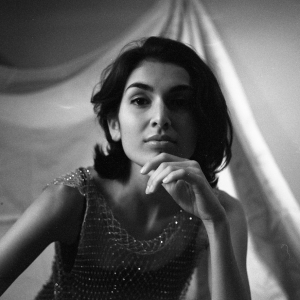 Shadi G Explores The Roots of Her Heritage In Her New EP: ‘Conversations Pt.1’