What a year 2020 is shaping up to be for Ghanaian music! Check out our list of the Most Anticipated Ghanaian Albums to be released this year.

Just three months into the year, our playlists have been updated with an array of awesome albums from the continent. Even more exciting is the fact that new albums from names like Stonebwoy, Shatta Wale, GuiltyBeatz, Kuami Eugene and Darkovibes have been confirmed and are being highly anticipated.

In this piece, we take you through a list of the Most Anticipated Ghanaian Albums to be released in 2020. Whereas a host of the albums on this list are confirmed, others are based on speculations and informed guesses.

With his 2017 album “Epistles of Mama” undoubtedly one of the best Ghanaian albums in recent times, anticipation towards his impending fourth studio album “Anloga Junction” is going through the roof! “Anloga Junction” will be officially released on the 24th of April, 2020.

Ahead of the official release, Stonebwoy dropped singles “Good Morning” featuring Chivv and Spanker which is the first single off the album, and “African Party”.

Initially scheduled for release on 15th November 2019, Darkovibes’ debut project “Kpanlogo” has been postponed to sometime in April 2020.

For a debut solo project, the 14-track album has immense star-power spotting features from continental superstars. Barring any last-ditch changes, the album is set to feature the likes of Stonebwoy, King Promise, Mugeez, Joey B, Kwesi Arthur, Mr. Eazi, Runtown, Perruzi, and Wizkid.
Although La Meme Gang crooner has already blessed us with so much fire from the album by way of singles: “Stay Woke”, “Different”, “Mike Tyson”, “Come My Way”, and “Inna Song”; the tracklist still seems to be packing so much heat!

2019 couldn’t have gone any better for music producer and DJ Guiltybeatz from joining Mr. Eazi for his historic performance on the Coachella stage earlier to producing three tracks off the Beyonce’s Grammy-nominated ‘Lion King: The Gift’ album. The “Akwaaba” hitmaker, capped his incredible year with the lead single off his upcoming debut EP “Different“. The track which is titled “Iyabo” features Nigeria’s Falz and Ghana’s Joey B

The Grammy-nominated producer took to Twitter earlier this year to announce the release date of the project as 28th February 2020:

The release of the 6-track EP which spots guest appearances from Joeboy, J Derobie, Cina Soul, Nonso Amadi, Falz and Joey B, however, looks to have hit a bit of a snag.

Kirani Ayat is undoubtedly one of the most prolific alternative artistes on the Ghanaian music scene, serving us with 2017’s “Zamani” EP, last year’s “Her Vibe is Right” EP and a slew of singles in between.

The Ghanaian Afro-trap pioneer has however been hinting the release of his debut album “Aisha’s Sun” for years now, releasing the first single off the project “Di Asa” back in 2018.

The “Guda” hitmaker finally looks all set to drop the album which he claims will change African music. He took to Twitter to announce the album will be released in July this year.

Having released his debut album “Rockstar” on 15th December 2018, reigning highlife artist of the year and Lynx Entertainment signed artiste Kuami Eugene has a sophomore album release up his sleeves.

The musician made the announcement via social media saying; “I’m glad to announce that I will be releasing my second album this year and I’m happy it represents Africa.”

Shatta Wale – “The Manacles of A Shatta”

Shatta Wale took fans by surprise when he released the artwork of his next compilation project, an EP titled “The Manacles of A Shatta” earlier this week. The “Melissa” hitmaker first made the announcement on his YouTube channel, sharing a video teaser that highlighted excerpts from the impending project.

This project follows 2018’s “The Reign” and 2019’s “Wonderboy” albums respectively. Listening closely to the teaser, the impending project which is an unadulterated dancehall EP is set to house 4-5 singles chronicling his personal struggles and victories.

Ghanaian songstress MzVee, after a long hiatus from the music scene, made a comeback earlier this year with a single “Sheriff”.

The BET nominee is, however, looking to make it up to her fans for her long absence with 2 albums, both dropping this year. Speaking on Drive Time on Joy FM, she explained how different these albums will be from each other, stating that one will be Reggae-Dancehall inspired whereas the will be an Afrobeat project.

She also hinted at the release dates of the albums saying: “We’re starting the year off on a very calm note and build it up to Christmas this year. 2020 is going to be very spectacular.”

Iconic Ghanaian musician, and one-half of legendary Tema-based music powerhouse R2bees, Mugeez has kept busy over the past year, releasing back to back singles and freestyles.

Music fans have however been crying out for a solo Mugeez project for close to a decade now.

It looks like the prayers of these fans will be answered soon as Mugeez hinted at the release of his first solo EP this year.

Mugeez who delivered the all-new single “Chihuahua” just a week ago indicated the single is a precursor to an upcoming project. He said: “I will be releasing a couple of singles which are not the same as the ones on the EP, before dropping the main tape later this year.”

J.Derobie- “A King is Born”

On 30th July 2019, Mr. Eazi took to Twitter to hint the debut project of his signee dubbed “A King is Born”.

The “Poverty” hitmaker dropped a single off the impending project “Back It” just a week ago, giving us enough reason to believe the album with follow shortly.

Relatively new on the scene, highly rated highlife/afrobeat artist, Fameye has quickly carved a niche for churning out soulful jams!

Almost a month ago, he took to his Instagram to unveil the album art and tracklist for his much-touted 6-track EP titled, ‘Take Me Do’. The project houses 6 tracks and features A-list acts: Mr. Eazi, Kwesi Arthur, M.anifest and Kidi.

Nxwrth – “NASA: Thanks For Flying”

Record producer, eclectic artist and DJ Nxwrth’s debut solo project “NASA: Thanks For Flying” was originally set to be released on his birthday 8th January 2020, the album has however been now rescheduled for 3rd April 2020.

Speaking on his impending project the La Meme Gang in-house producer said: “I put some of your favorite acts on some of the toughest beats known to mankind. ‘Cupid’ & ‘Godzilla’ are testimonies.”

E.L is arguably the most prolific Ghanaian act when it comes to project releases. His most recent projects include last year’s collaborative EP with A.I dubbed “The Linkop” and this year’s “Song for Girls 3”. The latter is speculated to be a precursor to a 2020 album.
This got us wondering if E.L is finally about to deliver his delayed “WAVs: West African Vibes” album, originally set to be released in August 2017; or perhaps this is a new project altogether.

In an interview with Eli A Free on his podcast ‘Audacity’, a year ago, songstress Efya announced the release of an EP and an album due for 2019, with six and ten songs on each project respectively. This, however, couldn’t come to fruition for unknown reasons.

Fast forward to 2020, under her new alter ego, “Big Dragon”, Efya has been releasing new material with incredible consistency – delivering on her promise of a 6-track EP dubbed “Big Dragon: Unveiling My Other Self”. This gives us cause to believe the follow-up 10-track album is on the way.

Versatile La Meme Gang act RJZ has been teasing the sequel of his 2016 “Flair” project for a long time now. He confirmed via a tweet December last year that “Flair 2” has been ready for 3 years now.

It seems the “Bye Bye” hitmaker is steady getting his ducks in a row in preparation for the highly anticipated drop. Inking a 360 deal with the Twist Entertainment Legacy imprint earlier this year, perhaps 2020 is the year for “Flair 2”.

They followed that up with an equally impressive sophomore project: “Linksters” in the subsequent year cementing their spot in the hearts of music lovers.

2019 saw the music collective take a break from project releases, although they were still very active on the music scene. It is now apparent the individual acts took some time off “band-duties” to work on their respective solo projects. With that (almost) out of the way, we eagerly anticipate a 2020 La Meme project! 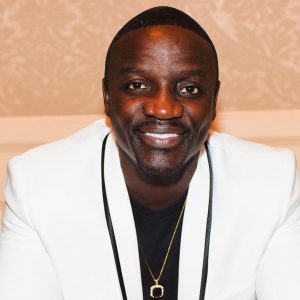 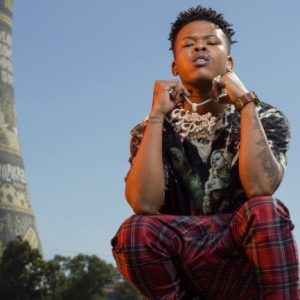