Since the release of the critically acclaimed single ‘Safe’ with his friend Dijinee in 2008, the short black boy from Jos, a city in the middle belt of Nigeria, has transformed into one of the most skilled, lyrically inclined and commercially viable rappers out of Africa.
In the early parts of 2017, M.I announced his retirement from music on twitter when replying to a music starved fan demanding new music. We later found out it was just a joke.
In November 2017, He released “You Rappers Should Fix Up Your Lives”. He caused a stir on social media with these opening lyrics:

The 4-minute song obviously didn’t sit well with Nigerian rappers and received a lot of contention with other rappers making their own renditions. One of the rappers who was greatly affected by the song was Vector. He later went on to beef with M.I Abaga in 2019 with M.I culminating the war of words with ‘The Viper’. Instead of ripping Vector apart on the song, M.I rather advised and encouraged the rapper.

M.I, feeling like a very competent and worthy pioneer of hiphop in Nigeria and Africa as a whole, just wanted his people to be on their feet and be able to go toe-to-toe with rappers from other parts of the world. He’s still active in the genre, collaborating with rappers like Loose Kaynon, A-Q on the Martell Cyphers and helping groom Blaqbonez.

M.I is now 10 projects deep with a discography that displays both his mindset at the time and his awareness for his growing legend.

Judah the E.P is the follow up to his 2018 Rendezvous project, a playlist which made waves for not only being a new body of work from M.I, but also featured a long list of artistes: Cassper Nyovest, AKA, Wande Coal, Falz, Yung L, Dice Ailes, Ckay, Nonso Amadi, Santi, Odunsi the Engine, Chillz, Tomi Thomas, Joules Da Kid, Ajebutter22, Terry Apala, Strafitti, Trigga Madtonic, Blaqbonez and UA.x.

M.I Abaga’s latest release ‘Judah the E.P’ is an 8-track ride filled with his sentiments and state of mind, with some vulnerability mixed in for good measure. Unorthodox Reviews decided to pick out some standout lyrics from M.I Abaga’s latest album.

Check them out below:

Everybody wanna know what you planning to do

And so you up all night, working manically through

Sleep when you die, there’s plenty to do

Fake smiles and fake love whenever they sight me

Push me to the wall, thought I wouldn’t react?

But the Lion of the jungle, yes the ruler is back!

When the spirit moves, I’m in rooms with fire figures

You pharisees, your fantasies are sacrilegious

I’m the hand that raise a man with hard corrections

I’m hands off o’ you nigga, carry your own baggage

Rule number three if you are the richest in the squad

Real niggas are gon be happy that you getting bags

So never flaunt your wealth especially up on the gram

Promised myself I would work my way till I meet one day, look him in the face and tell him he has a fan for life

So as you climb those stairs and watch them staring

When those you thought were peers start disappearing

When you feel that inner fear start interfering

As long as your purpose is clear just start declaring… 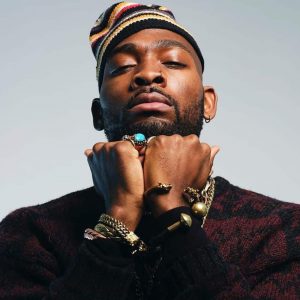 G.Brunot's 2020 Begins With Music Video For 'I Desire' 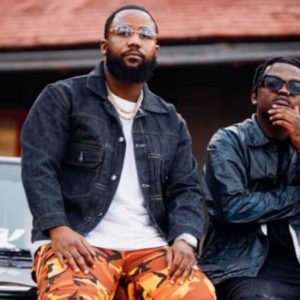