This highly anticipated collaboration has been in the works for some time and with it connecting two linchpins of the West African music scene it’s bound to be a soundtrack for summer. Accompanied by smooth visuals, we witness flamboyant performances from both artists merged with backdrops of models and high-end vehicles.

The 27-year-old has become known for his distinct formula of Afrobeats, Afropop, Fuji and Amapiano and can effortlessly transition from club bangers to sensual serenades. Releasing his sophomore album “Zaza Vibes” during the pandemic had its own hurdle but since the release lead single ‘Sempe’ has grossed over 10 million streams contributing to growing audiences across The UK, The Netherlands and France. Other highlights from the album include L.A.X’s boundary-breaking Amapiano masterpiece, “Go Low” which still remains a top hit within the genre with 8 million plays and counting.

Having worked with some of the most sought-after artists including Wizkid, Tiwa Savage, DaVido, Mr Eazi, Maleek Berry, Simi to name a few, L.A.X continues to grow and nurture his independent label, Rasaki Music on top of studying and his side hustles. In a recent interview, L.A.X revealed he has been donating and helping people behind the scenes since he was 12 years of age, not for clout but to inspire others who can, to give more. This July (31st), L.A.X is heading to London to perform at the Palm Wine Festival where he’ll be playing alongside the likes of Fireboy DML, Ms Banks, Buju, P Montana and many more. 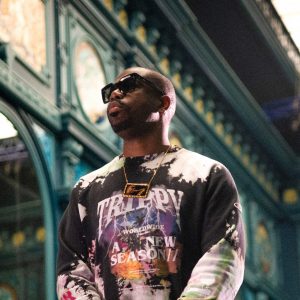 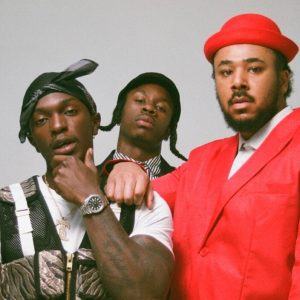