Ever seen a beautiful black boy dressed in bright orange from head to toe? I didn’t think I would ever see that until Lasi Royale released its latest collection, ‘Orange is The New Black’ (OITNB).

Speaking to the brand’s CEO and creative director, Selassie Agbelorm, he started the brand in 2015, making his first product, Royal beads (special beaded gift accessories). These were so good, he says, that the response from clients was really uplifting,’…and this was more than enough motivation, I loved what I was doing even more.

The brand’s first official collection (OITNB) launched late last year, prior to this Selassie coupled beaded bracelets and necklaces with African print underwear for the boys.

Now this brighter than the Sun collection, I’m sure you’ve guessed by now was inspired by the Netflix series, ‘Orange is The New Black‘ in which Piper Chapman played by Taylor Schilling goes to prison for an age-old crime.

Selassie says he chose orange also because it’s such an energetic color and looks so, so good on black skin,’..it makes us black people look beautiful and really sexy….’, although he admits that making of his new collection was no mean feat, hundreds of dedicated man-hours from design to fabric selection to the actual making and styling, even flying in models just to make sure this works out beautifully.

The response he says has also been heart-warming so far and it actually woke people up to the realization that orange really is an infectious color.

He describes the 2017 fashion year as a good one, adding that he enjoyed very good collections from amazing designers like Quophi Akota, Sima Brew, Nicoline, Abrantie, Duaba Serwaa and he says he’s hoping for the very best this year.

If you’re a black man or woman out there, be comfortable in your skin because even though you may not realize it, you’re just as beautiful the way you are.

If you’d like to purchase any piece from Lasi Royale’s Orange Is The New Black collection, or simply admire his work, check out their Instagram page. @lasiroyale or by mail lasiroyale@gmail.com. 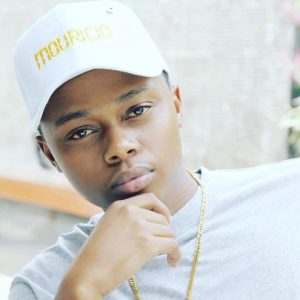