After push backs and a consolation EP to calm fans who were buzzing to listen to Kwesi Arthur’s Album, the BET nominated rapper finally released the sequel to his debut album “Live From Nkrumah Krom” which inspired the hip-hop song of the year 2017.

The rapper continues his journey with “The Home Run”, which details his struggles and chronicles his come up and assurances of genuine love. The 32 minutes-project breathes nine songs with production credits from the likes of MOG, Kayso, 079Rayf, Uche B and Nxrwth. The album is star-studded spotting features from some of  Africa’s finest acts namely; Shatta Wale, Stonebwoy, Mr. Eazi, Sarkodie, Nasty C, and Santi.

The album opens on a somber note with “Pray For Me”, a grandiose gospel-pop like tune. Kwesi Arthur channels his religious imagery, sharing 3 minutes of a meditative moment as he raps: “Feel like I need another chance/ why I feel like I dey lose my way, pray for me”. The rapper questions his inner-struggles and pleads for help on this journey, from a third ear. La Meme producer Nxrwth’s production is spiritual, with hums and smooth drums, capping it off with a programmed choir, the perfect way to open a home run. “Radio” the second song that seems to capitalize on modern Afro-beats, is the kind of Kwesi Arthur the girls like, calming voice on boogie beat with a stand out feature from Stonebwoy. As expected, the lead single for the album, “African Girl” a hit song with Shatta Wale finds its way to the album.

Fans were left wondering how a Kwesi Arthur/Mr. Eazi song would sound like after the tracklist for the album was released, and as most anticipated expected, it’s a perfect bop! The type of song girls will use for viral Snapchat videos and easily sing along word for word. That’s one thing that makes Kwes stand out from his contemporaries; the ability to easily switch from being a street professor to the summer ladies man. Mr. Eazi gives the song texture with his jagged voice, creating an anthem of sorts for the ladies. Production credit on this one goes to Ashaiman based producer MOG BEATZ, who also produced “See No Evil” and “Sometimes” creating a bond with Kwesi Arthur.

Talk about a mood and a warning to haters, “Kill My Spirit” is that tune that can be used to dance away negative energy, with light instrumentals accompanied by African drums and multiple kicks from a xylophone finding its way between the production and Kwesi’s voice as he sings out loud “make nobody kill my spirit”. If anyone was gonna give a piece of advice on such a direct message, it was no other than Ghana’s finest and most decorated rapper Sarkodie, who delivers a spiritual verse wrestling with poverty, hardships, a reality check on a well crafted 079Rayf beat. Multi-talented Nigerian sensation Santi caps the song off with a verse that defines unique his style!     Not forgetting his roots and what earned him his spot on the music scene, the rapper revives his rap-self on “Walk”, a trap-heavy hip-hop joint with furious rhymes and heavy thick bass lines laced with piano chords.

Kwesi’s rap verses on “Walk” deliver brutal slaps, whiles Nasty C executes the rest with of the song with a firestarter verse over a production that sounds clean and taut, with loops splicing into the bass. Long-time friend and collaborator Uche B takes most praises here with the dope instrumentals. What is a Kwesi Arthur project without some street-inspired words from close friend Big Homie Flee, the voice behind the famous “Ground Up Chale” signature? Again, what is a Kwesi Arthur project without a Kayso production? On “Colours” Kwesi is in his comfort zone, addressing every issue at hand, from fake love to his heroics acts, to ruthlessness. He sounds relaxed whilst spitting some golden life bars on a bright KaySo piano-filled production.   Listening to LFNK II, its quite obvious Kwesi Arthur had a clear picture of what he wanted to achieve with the project sonically, successfully completing a spiritual lap that has been capped with victory!

Jean Feier releases a love letter for those short of words 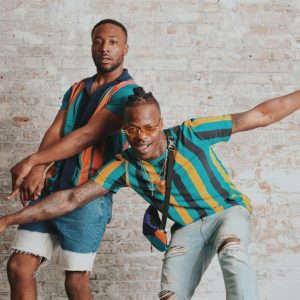 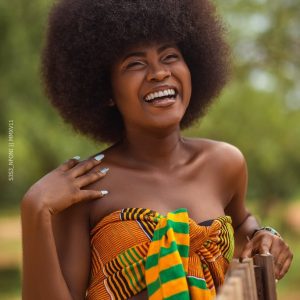