After breaking out with his Hip-hop banger, ‘Mensah‘ which featured fellow Ground Up Chale colleague Kwesi Arthur and getting nationwide acclaim with his Hip-hop/Hiplife single ‘Don’t Be Late’, Ghanaian musician Kofi Mole is out with his sophomore EP ‘Aposor Love‘.

Currently Known for his unorthodox rap flows and witty punchlines which he spits in Twi, English, and Pidgin, Kofi Mole is a versatile Artiste with a lot of flair. He surprised his fans with his mellow vocals on his very recent single, ‘Don’t Be Late’ which happens to be on the Aposor Love EP.

He admitted in an interview with Delay that ‘Don’t Be Late’ is the song that actually put him out there and gave him a much wider audience than his initial hit single- ‘Mensah’.

The EP opens with the self-produced ‘Me ne Woaa’ a sing-song rap song where Kofi Mole dispels any doubts his girl may have about him. He assures her of his love by promising a great future of comfort and luxury as long as she stays by his side.

Bestie, a term that has become very popular amongst the youth happens to be my second favorite off the EP. It has become an ambiguous term which either means a very close platonic friend of the opposite sex or someone you’re having an amorous relationship with. With its catchy hook, Bestie is an easy song to remember. It has a good rhythmic beat one can dance to. Yung D3mz is credited for the production.

Produced by Kobby J and it being the first single released off the EP, Don’t Be Late is a very enjoyable and pleasing love song. Mole begins the song by singing about how much he misses his girl, waiting for her to return to his arms after an obvious argument.

On the last track, ‘Obi Pe‘, a song reeking of heartbreak and infidelity. Kofi Mole is at loggerheads with his girl after finding out she’s been in a romantic relationship with another guy. Kofi confesses she wasn’t the only one unfaithful and asks her if she wants to move on with the relationship or part ways.

Aposor Love shows a Kofi Mole who is ready to show the world his new side of Music. It is an explicit confirmation to Kofi Mole’s topsy-turvy love life, an unashamedly passionate and emotionally impactful piece of work. 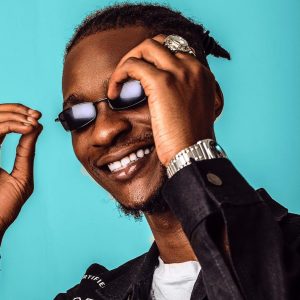 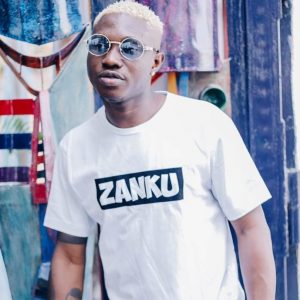