Ko-Jo Cue is one of Ghana’s fastest rising hip-hop acts, steadily perfecting his game and marking his turf on the Ghanaian rap scene.

Mixtapes the Bantama rapper has released over the years include “N.A.T.H.A.N”, “N.O.N.A”, “The Wait”, “4Play” and “Before We Shine 1&2”. It has been an onslaught across a span of over half a decade. A slew of mixtapes has not only earned Ko-Jo the deserving recognition and respect in hip hop circles, but also a record deal with BBnZ.

“The Shining” is his first major project under the BBnZ imprint and was released late 2014. The tape spots a stellar line-up of features, a fine balance of promising acts such as Klu, Eli, Trebla and Blackway; along with household names M.anifest, M3NSA and label comrade E.L. Production credits on the project go to Yaw Dan, Yung Fly, Alberto, Bedi, Mike Millz, Kuvie, Senyo Cue, Jnr, DJ Juls and DJ Abui.

“The Shining” opens with “A Ghetto story”, produced by Alberto. “The theme song of the rise of a ghetto kid, pay attention just look at what the ghetto did.” Ko-Jo raps about coming from the bottom being told he can never be great, the rapper also chronicles how he triumphed over all adversities. The song ends with a famous Game of Thrones quote, an audio snippet of Tyrion Lannister (the infamous dwarf) counseling Jon Snow to never forget who he is (a bastard), to wear it as armour so that it can never be used to hurt him. Alberto’s epic production coupled with the choral backing of the hook gives the song a larger-than-life feel.

Ko-Jo Cue is one of the few rappers on the Ghanaian scene who falls neither under the Twi nor English tags. This is largely due to his impeccable lyrical ability in both languages. He switches between the two languages so fluidly, you might eventually fail to take note of the exact language he’s rapping in. On “Kudi” however, he goes in hard with an unadulterated Twi flow. “Kudi” is a street anthem that essentially tells us to keep grinding for that paper. Production credit on this tune goes to DJ Abui.

“Esi Araba” is your typical Ghanaian love song (with the name of the love-interest being the song title and all). Ko-Jo Cue professes his love for one Esi Araba over a laid- back highlife infused instrumental produced by Senyo Cue. This record features rap veteran M3NSA of FOKN Bois fame whose soulful voice matched the vibe of the tune perfectly. His delivery reminded me of his own hit single “Fante Love Song“.

The commercially successful “Low-key” was the lead single off the tape. Ko-Jo Cue’s efforts on this joint were complemented by a catchy hook from Klu, a dope guest verse from E.L, and mastery in producing the grooviest of instrumentals. It almost seems this joint was specifically calibrated in a lab for radio rotation!

Ko-Jo Cue goes by a number of monikers, P.L.K (Punch Line King) and quite recently Oseikrom President. The alias I however found rather curious for a rapper was Y.D.L (Young Daddy Lumba), and this happens to be the title of the 9th joint on the tape. Young Daddy Lumba is more or less an ode to the legendary highlife musician. Daddy Lumba is undoubtedly the most prolific musician in Ghanaian music history spawning a catalog of over 25 hit albums across a period of 30 years. I believe Ko-Jo Cue is trying to establish that he is to hip hop what Daddy Lumba is to contemporary highlife music. The song samples a Daddy Lumba classic, “Mensei Da” and was produced by DJ Juls.

“The Shining” is a stroke of genius, a 15 track masterpiece. Ko-Jo Cue packs on this mixtape what most rappers would on an album. His star unquestionably shone brightest on the tape despite the impressive line-up of featured artistes. “The Shining” promises to set Ko-Jo Cue on the path of making that crucial transition from the obscurities of a mixtape artiste, to a powerhouse mainstream artiste to be reckoned with. 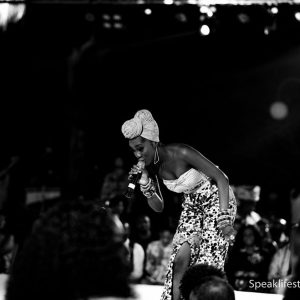 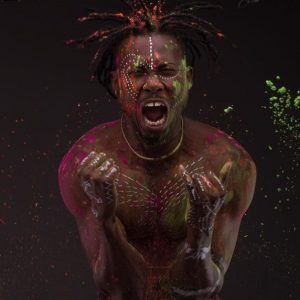