The Nigerian rapper, singer and songwriter Kida Kudz shares an unbelievable tribute video for ‘Makaveli’, his sonic homage to the late Tupac Shakur.

Referencing the ‘Hit ‘Em Up (Dirty)’ video, the Biggie & Tupac Doc by Nick Broomfield, the iconic NY Times cover alongside Snoop and Suge Knight, his appearance in Juice and more – it’s a perfectly executed tribute that was conceptualised and styled by Kida himself. A track that he recorded at home in the UK where he was speaking about how he and his people move in life, ‘All my jigga’s anti-social’, it naturally progressed into being quite inspired by Makaveli and Tupac’s spirit and attitude – one of his biggest influences.

Following the lyrically potent first single Animalistic’ that explored incarceration and his euphoric house and dancehall infused Bella Smhurda assisted ‘Ball Till We Fall’, ‘Makaveli’ is the third single taken from his highly anticipated new mixtape TOP MEMBA out July 9th and available to pre-order now.

Speaking on the video, Kida said:

“Makaveli was shot by my friend Visionnaire Pictures. The idea came from both of us putting our heads together to think of the best 2Pac images and recreate them on a budget in the studio. I styled myself using vintage pieces and a lot of clothes I already owned as I love 90’s fashion… I got the pieces from my wardrobe, ordered some, and got my family members to help out with styling …The thought was to bring 2pac back to life, trying to get it as close as possible…. It’s an energised video from head to toe.”

Since its announcement and release of accompanying singles this Spring, TOP MEMBA is already set to scorch the scene this summer with early support from the likes of Highsnobiety, The Line of Best Fit, Complex, Dummy, Notion, CLASH, DJ Target and more. Aptly and affectionately named after Kida’s fans to whom this mixtape is dedicated to, this highly anticipated 10-tracker was written in the afterglow of the birth of his first son at his home in London, making this his most intent and personal body of work to date.

Stream ‘Makaveli’ by Kida Kudz below:

Ghana’s Black Sherif to Perform at Afro Nation in Portugal 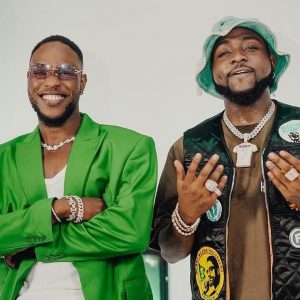 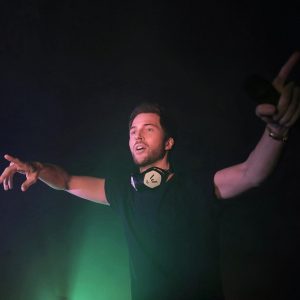 WIESE's New Song 'Hear Me' Sets The Tone For Adventure