After three weeks of investigation, police publicly announced on Wednesday that they believed Smollett had hoaxed the attack that he claimed was perpetrated by white men shouting racist and anti-gay slurs.

Chicago Police Officers observed that Smollett had a rope draped around his neck, Risa Lanier, a Cook County State’s Attorney, wrote in the bond proffer. This was captured on a police body-worn camera. Seconds later, Smollett asked police to shut off the cameras,’ shown on January 27, two days before the attack, police say that Smollett picked up the brothers in his car and drove them to the intersection to plan the attack.

The 36-year-old directed the brothers’ attention toward a surveillance camera on the corner, which he believed would capture the incident,’ Lanier wrote in the bond proffer.
In his initial report of the attack, Smollett also perplexed investigators by refusing to turn over his cell phone to responding officers, who wanted to verify that he had been on the phone with his manager at the time of the attack.e continued.

The records he ultimately handed over were heavily redacted – which sources say allowed cops to zero in their investigation by focusing on the call records that he had deleted, by comparing them with records obtained through a subpoena of his phone carrier.
After extensive canvassing, police were able to track the movements of the purported attackers to the point they left and arrived in hired cars, using the taxi and rideshare records to identify them.

The brothers confessed their involvement, and receipts for the purchase of items used in the attack, as well as a personal check Smollett wrote to Abel for $3,500, offered damning evidence that the attack was indeed a hoax.

Empire directors have released a statement that the actor has been cut out of the last two episodes of the season that is currently being shot.

Everybody on social media is wondering why Jussie would do this considering it was Black History month, that he is a Black African American, and knowing that he had been accepted openly for a being a gay man by the Chicago public.

The actor could be facing 1-3 years in jail for filing a false police report but he is currently out on $100,000 bail and is awaiting his appearance in court which is scheduled to take place on March 8, 2019.

Sjava to Perform at…

Blaklez Pours His Heart Out… 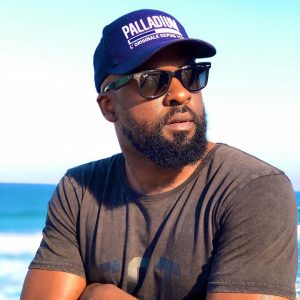 Blaklez Pours His Heart Out on 'I Have No One'