It is not every day that a young new artist comes out and is so warmly received by the biggest names in the genre. That is why J.Derobie, real name Derick Obuobie Junior, must be feeling very special.

Ever since the budding Ghanaian dancehall artiste released his banging new tune titled ‘Poverty’, major stars worldwide have been quick to give the young sing-jay props. J.Derobie is clearly on to a dream start. His own countryman and Africa’s most decorated Dancehall artiste, Shatta Wale, has described his sound as ‘current dancehall’. Ghanaian big names Samini, Stonebwoy, and Jamaican heavyweights Kranium and Popcaan have all been busy praising the young talent.

Poverty is a moving track delivered in dancehall sing-jay style. Derobie goes into a heartfelt mode to sing his heart out and explain why he was so tired of poverty and wanted a better life for his family.

The instrumental is very similar to the now famous Popcaan’s El Chapo produced by the highly respected Jamaican, NotNice. Production credit on J Derobie’ s single goes to UglyOnIt who does a good job overall by introducing specific touches such as in verse 1, where the artiste sings;

Somebody haffi run gwan tell poverty
Him haffi go, me just a wan me privacy
Him stay too long inna my life;
Him haffi go cause me wan see the daylight.

The producer applies a nice reverb to lay emphasis on the too long in a way that makes it so heartfelt and soul touching. Here is an artist who comes from poverty and is looking at music as an escape. By verse two, the song kicks into higher gear. Faster paced lines and some well-timed rhymes speed things up.

Official video for the song has been released by the emPawa Africa project led by Mr Eazi. As with every new artiste with a big hit, some youtube fans have already declared him as the next big thing in dancehall.

But is he yet the prince of African dancehall? well, only time will tell.

However, experienced music analysts are always careful of being too quick to crown stars. But from the way Derobie himself sings, there is a certain seriousness about the guy. If he continues this and works with the right team, there is no reason why J.Derobie can’t become the Prince of African Dancehall. 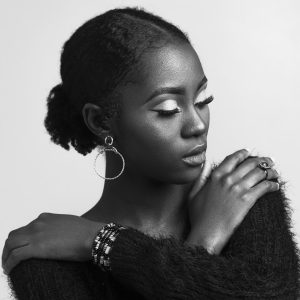 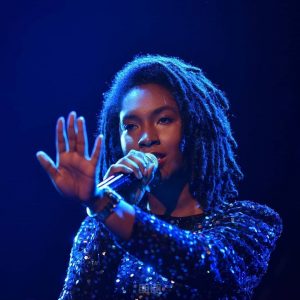