Emerging from KCMG, the group, which is home to Klu, Kwame Jhosef, Abladzo Kwame, Jean Feier and many others, one rapper who has been compared to the likes of Canibus, Big L and Immortal Technique for his hard-hitting baritone, aggressive style, and impeccable delivery is Jae Ghost.

Jae Ghost is known for spitting vivid narratives about the realities of life and fiction. In the span of 2 years, Ghost has released two EPs-Unorthodox EP (2014) and Creative Control EP (2015). These 2 projects were released under KCMG. The latter, which is his latest out, featured Jean Feier, Yaw Mini, Klu, Wyllz, King Joey, Kwame Jhosef, and KNG.

The first track- “POTENTIAL” is a narrative about a rapper who has the capacity to develop into a very powerful force to be reckoned with in the future.  Ghost rhymes about how individuals know for certain that he is indeed a problem but then try to find ways and means to confine his abilities to derail him from reaching his full potential. (“…They put the wool over my eyes thinking they kept me from knowing, but now I want redemption like Shawshank”)

Once people discover an individual has a distinct ability, they are quick to offer all sorts of advice and make empty promises but are quick to disappear when you take them at their word or when the going gets tough. (“Too many with opinions. Too many people have ideas for you, you hit rock bottom, nobody’s there for you”)

On track 3, “PARANOID”, Ghost is delusional- having feelings of persecution, unjustified suspicion and mistrust for not just his friends but also anyone at all. (“I’m paranoid. I strike at whatever.”) (You’d think I got a medical condition cos I hate niggas) His sense of mistrust even extends to himself (“I don’t even trust my own shadow”)

Yaw Dan who did a wonderful job produced the beat for this song.

This track had a lot of great metaphors and puns.

“They throw me at the wolves, I return leading the pack”

Ghost’s aggressive approach to “THE UNDERMINED” reminded me of “The Doubt” from his Unorthodox EP. It is a 2-verse song, which had people hailing him in between and after the last verse.

It, however, seems to have a link to the Potential song.

Ghost makes a statement that, under logical reasoning, might seem impossible or lead to a self-contradictory conclusion, (“These bitches willing to wipe my car dry in the rain”). This is, however, wonderful use of paradox.

“ARENA” is definitely one of the favorites and has a massive appeal to individuals who are not just interested in rap. This song received a lot of good remarks on social media. Big ups to Yaw Mini for his vocals and production. It incorporated elements of jazz, soul, and African music.

“THE JIG IS UP” is more or less a severe warning to all fake emcees that their reign of deception is over. This public address is made with the help of Wyllz, King Joey, Kwame Jhosef, and KNG.

(“These niggas is really soft they got gimmicks I peel it off”).

I must admit AfroDistrict did deliver with the selection of instruments on this song.

It was definitely one of my favorites.

“I’M A CHAMP”, the final song, is quite symbolic of a fighter who has defeated all odds and eventually emerges as a champion.

It had a skit by Mike Tyson, in the end, talking about his thought process before a fight- his fears and how he gets confident as he approaches the ring.

Ghost states that people will always question your actions when they do not comprehend the reasons behind them. “Noah was a fool for building that ark till the floods came” In more biblical terms, For lack of knowledge, my people perish.

The production and features make this Creative Control EP quite exceptional. Hardcore Jae Ghost fans will bump this and new fans will definitely love his rare style of music.

Kudos to whoever designed the artwork for the tape. It was simple and explained the picture Ghost painted on the tape.

Adomaa Features Jayso on ‘What Lovers Do’ 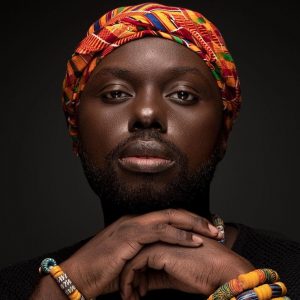 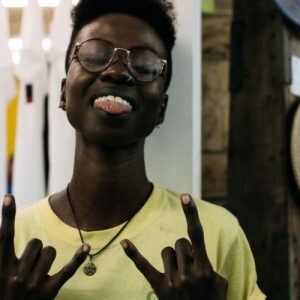