Seyi Shay originally known as Deborah Oluwaseyi Joshua is a talented Nigerian singer, songwriter and actress. She began her professional musical journey in 2015. Prior to that, she was the lead singer of ‘From Above,’ a British pop girl group formed in 2008 and managed by renowned American record executive and talent manager Mathew Knowles. They went on to participate in the ninth season of The X Factor Bootcamp in 2012.

In 2015, Seyi decided it was time to pursue a solo career with the release of her debut album ‘Seyi or Shay‘ under Island Records. She has worked and collaborated with a variety of artists around the world including Teyana Taylor, Wizkid, King Promise, Olamide, Timaya and Patoranking.

Unorthodox Reviews caught up with Seyi Shay to learn more about her musical journey, achievements, her new song ‘Pempe’ with Yemi Alade and her plans for the future.

1. Let’s get started with your new song ‘Pempe’. I personally loved your chemistry with Yemi Alade in the video. Tell us how you guys connected and what influenced the song’s creation.

Yemi and I have had love for each other since 2013 when I did my first Industry Night in Lagos, a night where an act headlines an intimate show for friends and industry colleagues. She came and opened for me and she was so good that I had to take her number and we continued our friendship. I recorded the song in Ghana with producer Kel P and a songwriter called Flash. The song is just me venting about the injustices women in my industry face at the hands of social media and men. The record is full of energy and vibes, Yemi being an energy Queen herself, and having faced similar persecution on social media, seemed to be the perfect person to feature on the record. She heard it once and immediately ‘vented’ on her verse too.

2. Is ‘Pempe’ the lead single for your impending Project? What should we expect from the body of work?

Pempe is not actually the lead single from my forthcoming project. Pempe is a stand-alone record that just needed to come out. My forthcoming project is again filled with vibes but if I had to put it in a music genre, I’d say it’s very soul and r&b. I hope to release it by the end of Summer 2021.

3. A lot of people may not know about some of your great musical feats like how you were the lead singer of ‘From Above’ (a band that assisted Beyoncé while on tour). Do tell us how your musical journey began and why you decided to go solo.

Being in a girl band had its ups and downs. We were together for 3 years under the management of Mathew Knowles and it was a learning experience for me. There I learnt everything I know, from performance to media, to singing and recording at the industry level. I started singing professionally at age 15. I wrote a heap of songs for myself and other well-known artists and projects. Check out my discography on Wikipedia. I’d say I started off as a songwriter mainly but my first love is definitely singing and performing. The group broke up because the other ladies wanted to do other things but I wanted to pursue music so I moved back home to Nigeria and continued doing my thing.

4. You are quite vocal when it comes to the injustices in society. Recently you were an advocate for the End Sars movement. What are some of the other pertinent issues you think a typical Nigerian faces?

We face a lot! Our economy itself is an injustice, bad governance and very little hope for our children. I’m currently very interested in and advocating for young ladies and women. I hope to provide mentorship and help open doors for their future in business and industry.

5. Do you have any unusual habits or rituals before a performance?

I just pray… no habits.

6. How would you describe a perfect Seyi Shay day.

Wake, gym, cook, eat, watch a good movie or go to the spa and end with a loud night out with my friends. lol

7. When you’re not busy making music, what do you do for fun?

I travel, go out clubbing, I eat out.

8. Which young African artists are you rooting for or currently have on your playlists?

I love Tems, I love Chike too.

9.What are the biggest distractions in your life?

I’m very focused. Laser vision.., I must say though that when I’m in love I do get a bit distracted but which girl doesn’t??

10. What kind of legacy do you want to leave behind?

A legacy that speaks of one who came, saw, achieved, succeeded, set global trends, challenged, inspired a generation and conquered. 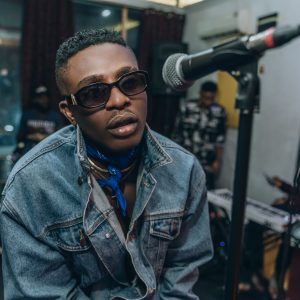 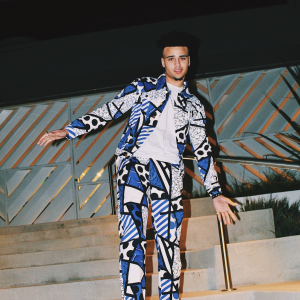