M.anifest, often heralded as the “god MC”, broke into the Ghanaian music space in 2012 with hit record — “Makaa Maka” off his “Immigrant Chronicles” album. Music fans couldn’t help but fall in love with his baritone voice, unique sense of fashion, lyricism, and most importantly, his message. The song was a breath of fresh air, and immediately propelled him to mainstream prominence, paving way for critically acclaimed follow-up projects “Apae: The Price of a Free EP” (2013); “Nowhere Cool” (2016); and “The Gamble” (2019).

In the span of his career, has collaborated with musical heavyweights: Burna Boy, Damon Albarn, Tiggs Da Author, Erykah Badu, Flea (Red Hot Chili Peppers) and Tony Allen. Known for his genre-bending sound and multilingual wordplay, M.anifest has proven his ability to adapt to any song, he has the ability to spit conscious lyrics or create an anthemic banger. One thing that is certain is you are in for a treat on a M.anifest song or feature.

The rapper’s latest release titled “No Fear” sees him collaborate with Chicago rapper also of Ghanaian descent Vic Mensa and Ghanaian Afropop newcomer Moliy. Produced by Rvdical the Kid and MikeMillzOnEm, M.anifest decribes the song as “the kind of vibe you ride out to before doing something major”.

Unorthodox Reviews caught up with the gifted rapper to talk about his new song “No Fear”, an exciting introduction to his impending album, working with Vic Mensa and his love for giving young artistes opportunities to shine.

1. Let’s talk “No Fear”. How did the song come about? What should be our expectation as listeners?

No fear was born out of a feeling of fearlessness. It was more a feeling than a thought and I just went with it till the idea was formed through the pre-hook and hook.

2. You are an artiste renowned for always having a conscious message behind your music. What message does “No Fear” seek to preach.

There is no preaching involved with no fear. It’s capturing a feeling. So I can imagine it being the sort of song a sky-diver would bump before jumping off a plane.

It’s the first single off my upcoming project.

4. You appear to have a solid relationship with Vic Mensa. How was that bond formed? Should we expect more M.anifest & Vic Mensa collaborations?

Happened organically over time. We first got in touch circa 2015/2016 through his cousin who lives here. We re-connected in 2020 and made No Fear and a few more bangers when he came to Ghana. Outside of music Vic is a cool cat with many curiosities and progressive views, and for me that’s what solidifies things.

5. Moliy! Most of us have only previously heard her on Amaarae’s “Sad Girlz Luv Money“. What informed your decision to have her on such a huge collaboration?

Moliy is dope. I got introduced to some of her unreleased music by MikeMillzOn’em – Who produced No fear with Rvdical the Kid –  and that’s what made me pay notice. Most of what I heard then had an afro-vibe. It was a spontaneous decision one studio day we had together to have her on No Fear – she definitely delivered. I’ve always been fine sharing my spotlight with others. Default settings.

6. There happens to be quite a gap between “No Fear” and your most recent single release. What accounted for that?

I was taking time to create and plot… I like to make sure my next move is always my best move.

7. Your previous album “Nowhere Cool” is a masterpiece! Does that put some pressure on your shoulders as an artiste to do even more with your impending projects?

More of a challenge to exceed it, and I love that. It gives me vim. Let’s just say I’m extremely pleased with what the next project sounds and feels like and you guys are in for an experience.

8. Burna boy is an artist you’ve previously worked with and seem to have such a genuine bond with. He only recently won his first-ever Grammy. What does that mean to you and the African music scene as a  whole?

I’m extremely pleased for him and his team. Burna has been consistent in putting out some of the best music of our time and it’s dope to see him elevating creatively and it being rewarded. It’s inspiration for every African artist who dares to be different and be successful at it.

9. In 2012 you made a big statement in the Ghana music industry with “Makaa Maka”. Has the Ghanaian music scene seen any major changes/growth since? Are there any systems you’d love to introduce or change?

It’s a bigger more globally connected scene now. I still think we have a lot to do to properly tap into the global potential of our scene. Raising the standards, not being complacent, and quality control in general are things we ought to pay attention to.

11. If you could have your fans remember you for one thing, what would it be?

Hmmm… ask me this in another 5 years. For now I’m too engrossed in the work.

Shaker’s Fun Video for Comedic Single “Who dey Eat” Ft Joey B is a Whole Mood! 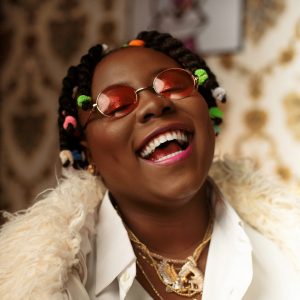 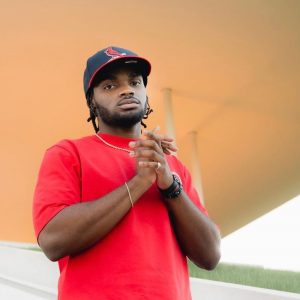