It’s almost time for Lyrical Wars‘ The Main Event 2 and I know you are all gearing up for the big night. Let’s take a look back at the moments that defined The Main Event 1.

Although Ankwanda isn’t new to Battle Rap in Ghana, as he was a partaker of Emcee Africa (2007) when he used to go by the name- ID, he became even more popular after his wonderful performance against the crowd favorite- Flippa. This battle is arguably the best of the night. Everyone expected Flippa to dominate. Flippa who went first was comfortable until he heard his opponent’s first-round then started improvising in his second and third rounds. The battle was filled with a great combination of everything that makes battle rap fire: Freestyle, wordplay, schemes, punch lines, rebuttals, and aggression. Ankwanda was indubitably the victor.

In the days leading up to the event, Lyrical Wars released the trailer where GJayDaRem was shit-talking about his opponent. This led Maison to throw shots at GJayDaRem on his favorite playground- twitter. GJayDaRem, however, paid no heed to Maison. The day of the Event was his reply and it was indeed a fiery bout. The crowd was very attentive when GJayDaRem began his first round with a thought-provoking “Mason scheme”. This had the crowd going crazy. Maison also replied with a number of good lines and schemes. The response on twitter was however very biased. There was a vast difference between the actual battle and the tweets after the event.

A-Clipse, who is slowly becoming one of the favorites, jumped onto the Lyrical Wars scene with his battle against Ecribz. His impressive performance earned him stripes and the right to be apart of the first-ever T.M.E. Smif who had also battled Ecribz, had a point to prove to silent his many critics. It was only right for these two to show the world who truly had a better pen game. After all the shit-talk, the battle lived up to the hype with both of them doing what they do best in front of a so-so crowd.  A-Clipse gave us three rounds of great lines that the crowd could actually relate to and grown man bars. Smif also came with his usual schemes and freestyles.

Memorable: “I can let this f*cking smith f*ck with Smith and have his autopsy read- Incest” (A-Clipse)

One can never predict how an event would pan out. Even top-tier battlers who rehearse for several months can jump on stage and choke terribly. Battle rappers can’t also choose the type of crowd they get. It is always disappointing to see when a battle rapper allows the crowd to get under his skin. This battle was also one the crowd was expecting. We saw a relaxed KBo up against a rather paranoid Kahaz. The battle was however quite enjoyable as we witnessed good performance and lyricism from both rappers. The crowd was so hyped for this one. You can tell from the number of people even on the stage.

Memorable: “I pride myself on my aggression, my delivery and my pen game but I bet there’s harder ways to earn. He could come close in the first two but just know this bitch ain’t f*cking with the ink like Ashanti when she parted ways with Irv” (Kahaz)

‘The Main Event 2’ has a lot of great expectations with new cat-Flash facing Bobo. George Cobla, returning from his long break, going against Nasty. Flippa making his comeback against an unpredictable A-Clipse. E-Cribz taking on the very consistent GJayDaRem is definitely one to expect since E-Cribz has been missing in action for a while now. His last battle is still locked in the “Vault” and hasn’t been made public yet. In my opinion, George has a lot to prove not because Nasty is so lethal but because many people are of the opinion that he had quite a weak opponent in his battle prior to this.

Y’all should make it a point to be there to support the movement.

AKA Updates Fans on His Partnership with the Cruz Vodka brand 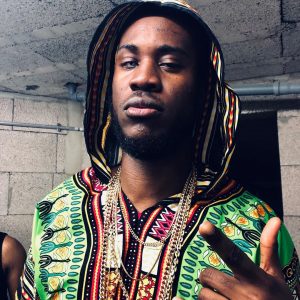 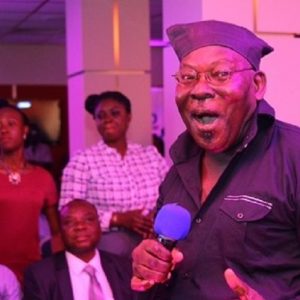