Now turning 18, Herman Suede makes no bones about taking his craft to the next level with sophomore EP “Bitter Sweet”.

The young singer-songwriter has been consistently building an outstanding catalogue of work over the past few years. Herman Suede first caught the attention of music lovers at the age of 15 with his break-out single “Be Mine”. The young star followed it up with his debut EP titled “Hi I’m Herman” in 2018, along with a host of features and single releases of which his guest appearance on Sarkodie’s critically acclaimed “Black Love” album is a major highlight. Following the success of his debut headline concert “After Prep” in 2019, and his 2020 single “One By One”, the prodigy is finally ready to serve up his second compilation project.

Speaking to Herman Suede about the inspiration behind the project he said: “I named this project ‘Bittersweet’ because that’s what love is…” With production credits going to Shadxw and S.Kool Beats, Herman Suede’s 5-tack EP touches on the life-cycle of love. Through his lyricism and impeccable vocal delivery, the teenage pop sensation explores the gamut of emotions that characterizes your typical relationship; from the rosy start, through the trouble-laden mid, climaxing at the not-so-sweet end.

Watch the music video for “Meant For You” below:

The record maintains its “lovey-dovey” theme into the second track “Let It Flow” where Herman croons over enchanting guitar strings laid over a dancehall-influenced rythym. The project takes an upbeat turn on track 3 “Naa Kwarley”. Written and performed in his native Ga and English, this love song blends urban music with traditional highlife sensibilities, and has all the makings of a smash hit!

The love tale draws to an anticlimactic close with the break-up anthem “On My Own”, which sees the protagonist face the heart-wrenching realization of unfaithfulness. He declares being much better of alone, after enduring what appears to be an ugly falling out with his love interest. Capping off the EP is the bonus track, Herman Suede’s 2020 hit single “One By One”.

Watch the music video for “One By One” below:

“Bittersweet” marks Herman Suede’s coming of age moment, an expression of romantic love as seen through the eyes of a young man who keeps evolving first as a person and then as a musician. Listen to the EP below: 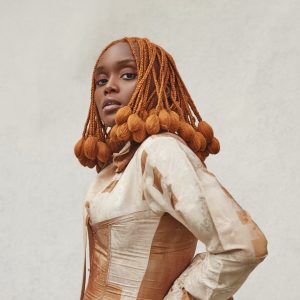 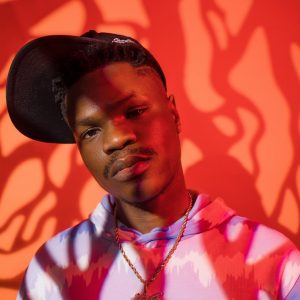