2019 couldn’t have gone any better for the “Akwaaba” hitmaker. From joining Mr. Eazi for his historic performance on the Coachella stage to producing three tracks off Beyonce’s Grammy-nominated ‘Lion King: The Gift’ album.

“Different” EP opens on a rather melancholic note with “No Love” (featuring Joeboy), a chilled-out afro-house tune – a disappointingly short song.

The project continues with a similar tone. So similar, one might not even notice the transition between the two songs upon the first listen. “Uthando” is another relaxed afro-house cut, this time around featuring gifted Nigerian vocalist Nonso Amadi.

GuiltyBeatz takes things up several notches on track 3 – an electro-infused dancehall banger which features Empawa‘s very own reggae-dancehall enigma J.Derobie. “My Vibe” is undoubtedly going to be a unanimous favorite.

Half-way into the project, it re-assumes it’s initial tempo, serving another chilled-out afro-infused house duet “How Long”, featuring Ghanaian afro-soul songstress Cina Soul and afrobeat superstar Mr. Eazi. The scintillating soulful vocal performances, coupled with the seamless nature the featured artists combine renders “How Long” one of the standout tunes of the project.

Last but one single “Condom Collector” is an upbeat innuendo-laden jam featuring DJ Poizon Ivy, Moonchild Sanelly and Mr. Eazi. The sex-positive cut can be described as house music with a touch of South African kwaito, techno and even reggae sensibilities (right at the very end).

Ironically, the last song on the tracklist was the first single to be released off the project – the most evocative of his 2017 hit single “Akwaaba”. “Iyabo” pairs two of West Africa’s finest rappers Falz and Joey B over a frenetic beat, calibrated purposefully for the dancefloor.

GuiltyBeatz is a show-off! He flexes his versatility and range over the 6-track project, creating a gratifying coalescence of afro-house, afrobeat, dancehall, kwaito and techno music in the process.

Kwesi Arthur and Medikal Prove They Are “Different” on New Song 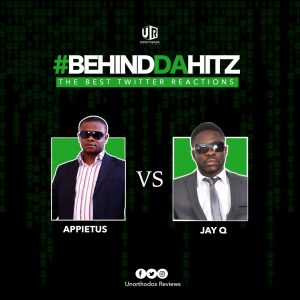 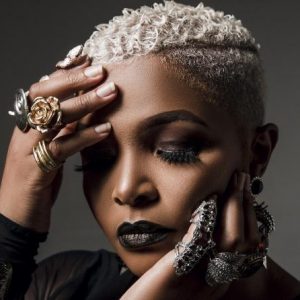