Budding new artiste G-West is all set to leave his blueprint on the Ghanaian music scene with the release of his mixtape titled ‘Young Amakye Dede’.

As the title of the mixtape suggests, the Kumasi based songwriter is heavily influenced by veteran highlife crooner, Amakye Dede. This 12 track mixtape takes listeners on a wholesome love journey; the project sees the artiste channeling his mentor, all the while adding his own melody as he carries us along with him in this ecstatic body of work. Below is a synopsis of each of the songs which uplift the beauty that this project is.

The young act sets the tone for this mixtape with a trap song which basically introduces him to his fans, as the Young Amakye Dede. He ends the song with vocals which re-echo why he bears that admirable name.

Walahi, the second song on this project is a mid-tempo love song. ‘I went to hell and back since I met you’ reveals the nature of the love between our young Amakye Dede and his lover.  This is a song for young guys out there caught up on ‘situationships’ with girls who are yet to grasp what it takes to be completely in love.

Bingo , the third song on the mixtape is a mid-tempo trap soul vibe. This song shows really how versatile G-West can be. It’s a song for lovers and if you’re into R&B you’ll love this one.

The fourth piece on this project which is already making rounds on our airwaves features the ever silky voice of Bisa Kdei, and is titled Bonto. This song gives a highlife vibe, which comes as no surprise considering this is a collaboration between one of the best names when it comes to highlife, together with the young Iron boy.

Oh Yeah is a song with the potential to peak charts, as well as make waves in the nightlife scene. It’s a danceable song which ensures party goers get groovy on the dance floor, while maintaining their sexiness.

He gives us a taste of his versatility on Bad, sixth song on the project. On this song, he sings and raps.

Ama Forwaa, an afrobeats number, will not only have you polishing your imaginary fire dance moves, but will leave you appreciating the artists glorious vocals.

So me mu, which translates ‘hold me’ in English, is a groovy slow tempo jam, with lyrics which shed more light on the chosen title, and will have you falling deeper in love; and for the single people, ‘ So Me Mu’ will put you back on the market as it awakens your inner lover.

It won’t be remotely fair to the great people of the Garden City if one of their own did not feature the ever-popular ‘kasahare’ genre on a song. G-west delivers effortlessly on 8pm. This is a song to look out for.

The last but one song on the project sees the young Iron Boy narrating how love springs upon him; love with a genesis he cannot fathom. The title of this love-piece is IDK, an abbreviation for “I don’t know”

Every good thing they say has an end, and what better way to sign out of an exceptional body of work, if not with gratitude. G-West shows his appreciation to everyone involved in the production, execution and success of this project.

The Young Amakye Dede is an artiste to look out for and this mixtape proves why. Listen with an open mind to help you fully enjoy the wonder that this project is.

Jah Lead Gears Up To Release “Marry Me” 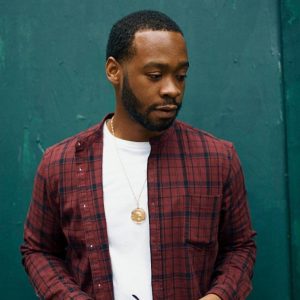 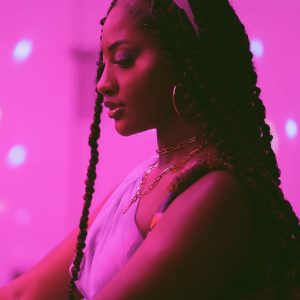