This has become the story of FOKN BOIS. Dislike for FOKN BOIS music is just the furthering of the dislike for the individuals behind the music and never about the music. FOKN BOIS, the talented duo, have paid their dues to Ghana music and although they have been ignored in conversations, they have been very prolific and are producing at the highest level. FOKN Bois are always speaking on all facets of society and in the process presenting themselves as comic relief.

WO NIM MI, the Medikal assisted song off their new Album, speaks to consistency and diversity. The song stands out for me because it has never been about their ability and I am therefore appreciative of how they have been consistently FOKN all this while. In the song, M3nsa sings:

You tell we say we no dey qualify

They tell we say we no fit come inside

So outside we start dey multiply

A nod to how FOKN BOIS is generally perceived. FOKN BOIS have never been seen in the same light as artists such as Sarkodie and Shatta Wale and the likes despite being in the industry for as much time whilst producing at the same level if not more. They have always been outsiders, never considered for the music but stand out for their diversity and probably knowledge. But it is not all gloom, FOKN BOIS were under appreciated so that most of the new acts, people like AKAN can be fully appreciated. WO NIM MI is a victory song of sorts, as a taunt to all the people that never paid attention till now. FOKN BOIS never changed, if anything became more of themselves, doing the music they loved without regard for trends. Even their attempt at Afrobeats is a dig at the Afrobeats that dominate our radio.  WO NIM MI represents for me finding what you like, finding yourself and being consistent in being yourself.

AFROBEATS LOL, a generous attempt at Afrobeats is seven songs long. It features songs like True friends. The Mr. Eazi assisted song is the closest to Afrobeats as we will get from FOKN BOIS. True Friends is a nod to all the Fans who actually listen to the music and share with others and not those who claim to be friends only in words. Tanya from FOKN ODE TO GHANA is revisited in Abena (Tanya revisited) serving as the opening song of the album. Abena’s issues seem to be of great concern to the duo so much that the final song is also about her. On the last song, Gyedu Blay assists FOKN BOIS in Abena repatriation, a song that Mensa spits the sleekest verse in Fante you will get to hear. Dex Kwasi and Sister Deborah are both featured on African Holiday

AFROBEATS LOL is as pleasing and good as any album you will get to hear, taking parts of Afrobeats that suited their course. FOKN BOIS, as usual, bring their originality, kicking knowledge and speaking on social issues. The album is never devoid of musings, with verses that get you giggling to yourself. AFROBEATS LOL an extension of WO NIM MI is an ode to consistency, being yourself and just being great. AFROBEATS LOL is out on all platforms. 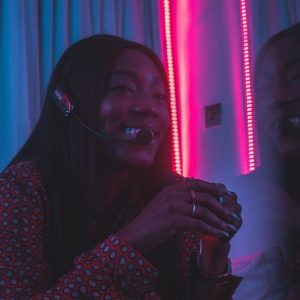 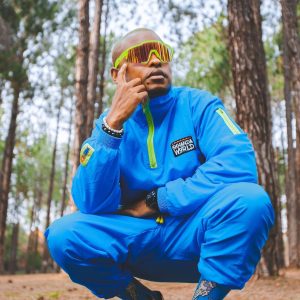