The landscape of modern music is shifting before our eyes. At the forefront of these changes are the thousands of new musicians that are sculpting the industry, trying to carve a space for themselves and establish their niche. The resurgence in music-making is due to the fact that production in the modern age is a lot easier than it has ever been, thanks to the technological advancements afforded to new musicians.

The Guardian details how the do-it-yourself approach to music has not only brought about more musicians, it has also brought music closer to the masses, as artists are now more accessible to their fans. This phenomenon is seen in different parts of the world, but there may be no better example of this music revolution than Femi Leye.

To call Femi Leye a “new” musician isn’t entirely accurate, as the Nigerian-born Afro-Jazz guitarist has had a decade’s worth of experience as a musician, composer, and music producer. Femi Leye has created the perfect middle ground, where he takes his years of experience and melds them with modern technology to come up with a sound fit for today’s listeners.

Speaking of technical skills, Femi Leye has utilized the art of looping to maximize the effect of his music. Tonebox explains how loop pedals allow solo musicians to create rhythms and harmonies alone, which Leye demonstrates in a performance of his composition “Ibere” — just one of the many videos that have gained him notoriety online. Another is his performance at TEDxLagos, in which he was accompanied by a full band showcasing their exceptional blend of various genres. This has led to stellar collaborations with artists such as Reekado Banks on his album Rora, where Femi Leye played the guitar on most of the tracks. And while it is the pedals that help Femi Leye incorporate his music with varying genres, there’s no questioning that his unique style is also a factor that plays into the appeal of his music — a style made prominent in his debut album Ekaabo.

Ekaabo is Femi Leye’s 10-track debut LP released in 2015 with collaborations from fellow Afro-Jazz artists Naomi Mac and Titlope Sonuga. This album was the culmination of his decade’s worth of musical experience blended together with African music. In an interview, Femi Leye talks about how the album merged African music with the modern sound to tell a story about his experiences and all that he stands for in life.

It goes without saying that his first foray into the world of music was a personal venture. Songs such as Better Age transport listeners to a more relaxed and care-free time from their younger years. And such is the effect of Femi Leye’s music. Listeners truly feel every note that he plays, as it resonates with them on a much deeper level, tapping into their emotions and evoking strong feelings of nostalgia. If Femi Leye does represent the next wave of Afro-Jazz, as he has been heralded to be, it is an indication that the genre is in good hands as it transitions to the new generation. 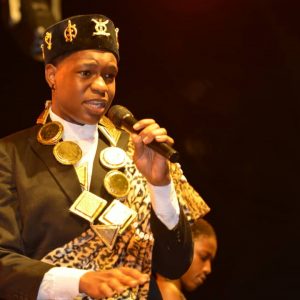 Kula Gets Medikal on New…