Davina Oriakhi bares her emotions on “Tears” Still resonating off the back of singles she released this year and the release of the music video for fan-favorite song ‘Juju’.

London based Afro-fusion singer Davina Oriakhi returns with ‘Tears’, a vibrant explosive pop-influenced single which talks about doing the things that you love whilst fighting the frustrations of life.

“Tears” is a gripping heartfelt, afro-pop and soul-infusion.

Crafted and assembled by up and coming Producer Tiwa Dara, the track consists of exciting pop synth melodies, African inspired drum patterns and a funky electric guitar. The piece is largely driven by Davina’s stylistic verses, which is delivered to sound like a rant of sorts, ‘Tears’ is made more enticing with Davina’s serenading vocals on the chorus.

When asked about the deeper meaning behind the song with reference to the lyrics “the tears I never cried”, Davina said;

A lot of things in the life of a creative are left unspoken. The struggle of trying to have a work-life balance and the frustration of things not always going as planned, the anxiety that comes with releasing music, the pressure to keep it together at all times.

Tears is a sad song, built on a pop framework with the hope of pushing for more conversations to be had about the mental struggles of being creative.

Davina Oriakhi is evolving, with a project in the works and loads of new music on the way, “Tears” is the beginning of a new era of Davina.
Listen to “Tears” here: 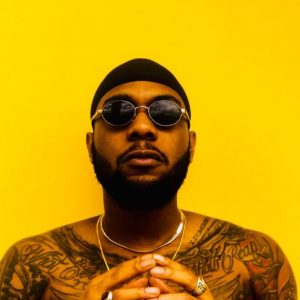