Darkovibes’ Kpanlogo Album is a sonic representation of traditional Ghanaian music from an urban lens.

With an iconic artwork hand-painted by acclaimed Ghanaian artist- Midichi and lettering by Dasebre Osei, Darkovibes‘ debut solo project “Kpanlogo” was initially scheduled for release on 15th November 2019. The album which was named on our list of The Most Anticipated 2020 Ghanaian Albums, has definitely been worth the wait!

The album title alone clearly spells out Darko’s intent for this project: to pay homage to his traditional Ga roots and influences. “Kpanlogo” is a recreational dance and music form originating in the 1960s from among the Ga people of the Greater Accra Region in Ghana, West Africa. The main Kpanlogo bell part is one of the most common and oldest key patterns found in sub-Saharan Africa and is believed to have given birth to Afrobeat and the Azonto sub-genre as we know it!

With production credits going to a super-producer crew of Killbeatz, Kuvie, Vacs, Willisbeatz, Streetbeatz, Bali, Uche, JumpOff, Supersmashbros & GibDJ, the album is composed of songs that lay contemporary sounds and melodies over a foundation of indigenous music, creating a unique sonic experience that eulogizes the mavericks of Ghanaian highlife and traditional music.

The La Meme Gang crooner has already blessed us with so much fire from the album by way of singles dating as far back as 2018, with “Stay Woke”, “Different”, “Mike Tyson”, “Come My Way”, and “Inna Song” already mainstream hits. Find visuals to the above singles below in the order they were released:

Another standout cut is Track 3, “Sister Cee” – an emotional tribute song delivered in loving memory of his late mother. Produced by Krosmusic, the song closes with an emotional insert of a presumably orphaned traditional Ga singer quavering an ethnic dirge.

Overall, “Kpanlogo” is a compilation of unending head-nodding earworms that will have you grooving all day! 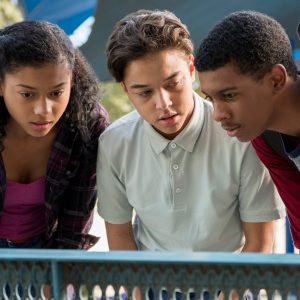 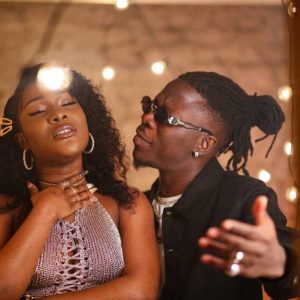