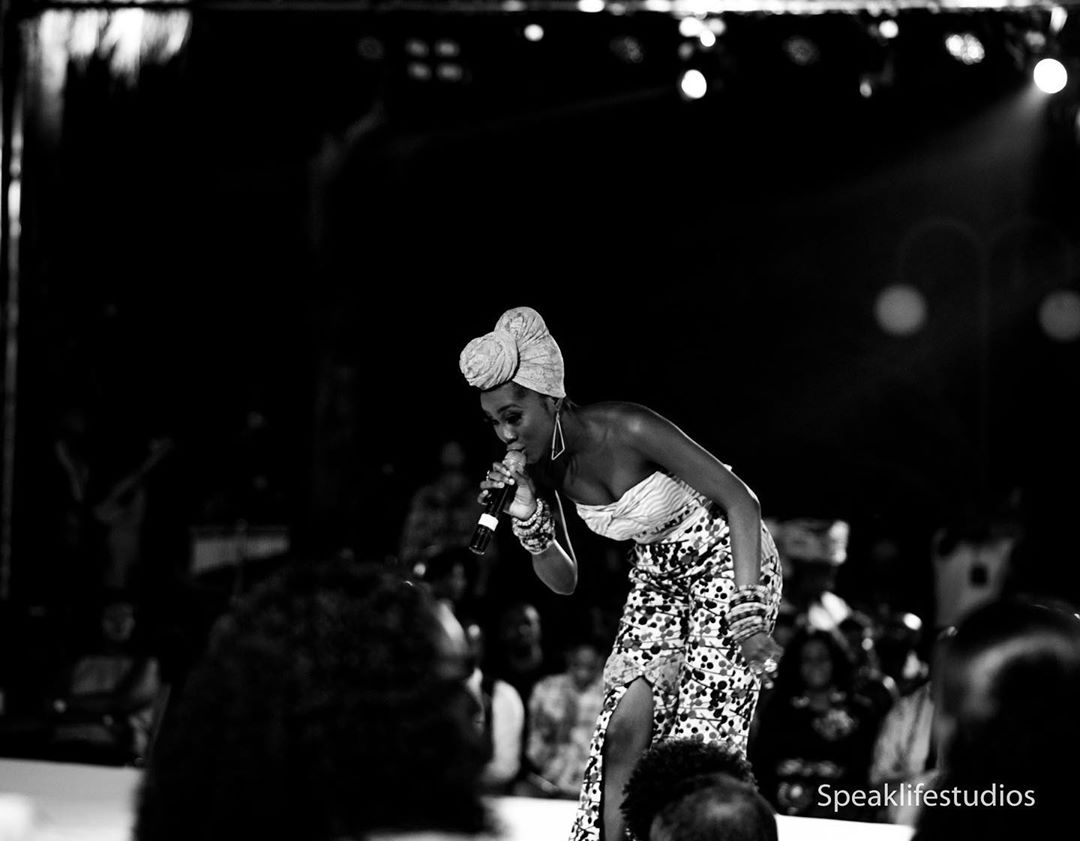 This past week saw fast rising Ghanaian female Singer, Cina Soul, hold the listening of her meticulously titled EP, Metanoia, a project which she considers a challenge to test the level of her dynamism and diversity. The 7-Track titled EP consists of signature Cina Soul Sounds and sounds with a trappy feel encompassing a wide range of emotions and feelings. The EP also contains some amazing features from mainstream and upcoming artistes making it even more diverse and interesting to listen to.

The very first song on the EP, which is titled JULOR, produced By ODUNSI the Engine and Mixed By Frank O, features Ghanaian Hiphop act Manifest popularly known as M. pronounced “M dot”. In this song, Cina’s beautiful voice is captured in two languages, Ga and English. She sings about love and stealing the heart of a lover hence making her a “Julor” which when translated from Ga, a Ghanaian dialect, means “Thief”. Taking into consideration the concept of the song, the type of beat and the choice of feature, this song is definitely an amazing song by all standards.

MY LOVE, which is produced by Liquidbeatz, is number 2 on the track list. In this song Cina is lovelorn. She expresses the frustration of not getting in return the love she gives and in light of that deciding to take back her love. This song holds no surprises as it follows a singular pattern. The beat however is very soulful but a bit boring. The song on the contrary, is a real and actual description of Cina Soul as a person. It can be said that it carries the Soul of Cina. A lot could be done to improve on this song, but on a larger scale it has a beautiful concept and the beat is definitely on point.

Possessing an acoustic vibe, beat-wise, MAMA NO LIKE ME comes third on the track list. At this point one might have realized that Cina Soul is a Romantic given the constant use of concepts about Love in her music. This song also talks about the reaction of a lover’s mother per the knowledge of the involvement of her son with a particular kind of girl. As a listener, I would have loved ever so much to hear what exactly makes the lady in question despicable to the boy’s mother but I was sorely disappointed. This song, although possessing a good concept, lacked detail. The choice of beat/instrumental was good and it also showed some level of diversity considering it’s acoustic nature and with dynamism being the whole idea behind this Project, but the concept lacked detail- oops! I already said that, so I meant it! It was very shallow and the story was dejected throughout the song.

Spontaneously recorded without an initial concept, BAD O comes in fourth place and features 2015 MTN Hitmaker Winner Kidi. This song, according to the two acts, was inspired after Kidi played a few keys on the piano in the studio which served as the baseline and inspiration for the Producer whiles making the beat. It captures the story about “Casanovas” who aren’t in relationships for genuine reasons but rather seek to satisfy their ulterior motives. This song is one of the best songs on the EP, it’s danceable and possesses the characteristics of Trap Music. Kidi however had a stronger presence on the song than Cina did, lyrics-wise, but it’s pardonable since the “danceability” of the song takes attention off of the lyrics. Getting to the end of the song, the beat was exaggerated. The producer decided to show off which was a bit unnecessary because from the point he decides to flex on the beat, listeners are thrown off till the song comes back on and then proceeds to end. To be fair, however, this song is a first pick dance tune any day!

“Do it and let me call you my love“, that’s what the chorus of LOLONYE means, beautifully sang in a local Ghanaian dialect. Produced by Frank O, the song features the amazing singer, Worlasi. To be honest, no one would have done it better on this- he was a great choice. The song is Sweet. The story is one of a naive girl who wants all of the sappiness a relationship could present in the largest sense and the fairy tale kind of endings, and everything in between. Speaking to a lover, she confesses her love for him and asks to be taken to heights tall enough just to feel his love. Lolonye is the kind of song you could slow-dance to with a lover. The strong choice of affirmative words of love in this track makes it easily a favorite. It is so relatable and, I must admit, very neatly and well done.

NEXT TO YOU was the sixth track to be played at the listening. It was produced by Frank O. Sang in very simple and rather straight-forward words, this track, engulfed in good rhythm, was well done too. It had a bit of a poetic feel to it with the statements, “clothes are in the air, let’s live life on the air“. It gives the impression she’s a lover that wants more than the ordinary and fairly possible.

Then to the last and most popular, AWO. AWO is nicely written, soulful, and Cina gets silky on the chorus of this song as she does on most of the others. She explains that it was subtly written for a deceased friend- a girl who died in her birth month. The chorus was nicely done in Ga, and anytime it’s performed, the audience out-sings her at that point.

Artistes who passed through the listening includes; Ko-Jo Cue, BiQO, Akotowaa, Kidi and Kojo Trip. Team members from other production houses were present, so were bloggers.

For a show that was slated for 4pm yet started two straight hours late I’d say it was a success, regardless. It had the most interactive audience, they criticized, expressed displeasure, appreciation, excitement. Cina Soul was truly blessed to have such individuals at the 3FS studio for her listening. If the constructive criticism from the audience at the listening is painstakingly appreciated before the release of the EP, the world will certainly be blown away by METANOIA.