Kelvin Yeboah who chooses to perform with the moniker Chief Kellz was born on the 3rd March 1994 and was raised in the inner city suburbs of Accra.

The Amasaman-based rapper was fortunate to come into contact with the vibrant insurgence of 90’s hip-hop and hip-life jams in his formative years, his young uncle introduced him to “the culture” at a tender age of 5 which he fell so in love with. “Growing up my favorite acts were Biggie, Obrafuor, Kwade3, Lord Kenya, Reggie Rockstone, Nas, and M3nsa when he was with Lifeline.”

Kellz graduated from the Kwame Nkrumah University of Science and Technology (KNUST) with a degree in Sociology and three mixtapes to his credit. In December 2017, he released Trap Nights In KENTINKRONO to critical acclaim. The tape contained narratives and storylines from a college boy’s perspective and how much influence the campus setting had on his music and persona in general. He has since released a couple of singles and visuals for the joint “Hit On My Line” off Trap Nights In KENTINKRONO.

Sofie Takes Us On…

Sofie Takes Us On Emotional Roller-Coaster on "Light Waves" 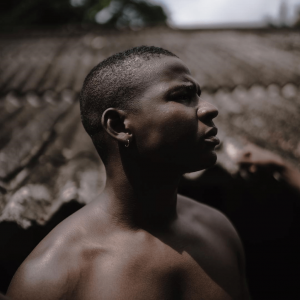