The Grammy-nominated Nigerian superstar, Burna Boy took to his Twitter for a Q&A session with fans. During this interaction, major tea was spilled, as Burna revealed some first-hand information.

Below is our round-up of 13 epic revelations from last night.

Burna Boy disclosed that just like many Nigerians, he was very disappointed he couldn’t bring the Grammy home. Detailing that he felt ‘sick, totally sick’.

2. He referred to Angelique Kidjo as his musical mother.

Burna Boy in a tweet referred to Angelique Kidjo as his musical mother. He also acknowledged the music legend’s role in helping him get over his Grammy disappointment.

We will recollect that Angelique, in her Grammy acceptance speech dedicated her award to Burna Boy. The two were also spotted together some days after the award ceremony.

3. His most challenging collaboration thus far.

Collaborating with musical mother Angelique Kidjo has been the hardest yet. The singer said it took him 8 years to eventually work with the multiple Grammy-award winning legend.

Burna Boy revealed that his next album will be titled: “Twice as Tall”.
According to him, the title was inspired by the lessons learned from losing out on the Grammy nod to Angelique Kidjo at the recently concluded Grammy Awards ceremony.

He also confirmed that his next album is due for this year. Hinting the release is scheduled for the month of July barring any changes.

This was in reaction to Ceeza Milli‘s claim in an interview with City FM that he wrote 80% of Burna Boy’s hit track, “On The Low”.

A claim Burna Boy denied in a since-deleted Twitter post. The Grammy-nominated singer also threatened to deal with Ceeza by saying he hopes coronavirus catches him before he does.

Burna Boy upon reflection acknowledged that he overreacted and apologized. But however still maintained Ceeza Milli deserves slaps for his outlandish claim.

5. He got help in writing a song only once.

Setting the records straight Burna boy revealed that he only got help in writing a song only once, and he co-wrote that song with Peruzzi.

Although Burna Boy didn’t specify the particular song, many fans on Twitter believe it was the single “Pull up” off the “African Giant” album.

In response to a  fan’s question, Burna revealed that he is willing to go toe to toe with any worthy Nigerian artiste for a battle.

Fellow artist Reekado Banks in response challenged the African Giant to a musical duel. Burna Boy, however, declined with this savage clap back:

7. He reiterated that nobody paved the way to his success.

Burna Boy in an earlier Twitter rant asserted that he found and paved a lane by himself, for himself, with no assistance from any other artist in the industry.

He reiterated this claim in yesterday’s Q&A.

In another reaction, Burna Boy spoke his truth about Wizkid’s infamous Twitter (online) fandom the “Wizkid FC”. He revealed that he has love for Wizkid but does not have any personal liking to his Twitter fans because of their attempts at pitching him against his brother(Wizkid).

In clear words, Burna said, ‘I don’t fuck with his Twitter FC’.

9. Why he has the Aristokrat Records logo tattooed on his left arm.

The ‘African Giant’ told fans that there would not be a Burna Boy without his former label Aristokrat Records and label boss Piriye Isokrari. The reason he has a tattoo of the label’s logo on his left arm.

Burna Boy tells the stories behind all his tattoos, from his ‘Rock Star’ hand ink to his Fela Kuti tattoo in a feature with GQ.

10. Why his mum doubles as his manager.

Many have wondered why he chose his own biological mother to manage his career. Fans never got concrete answers to this question but finally, the “YE” hitmaker has revealed why.

11. His motivation to pursue music professionally.

He embarked on his musical journey professionally in 2010 (put this down in your factbook, you might need it in an argument someday).

He fingered his talent, passion, family, Africa, and the legendary Fela Kuti as his biggest motivations for doing so.

Did you know Odogwu’s favorite color is the same as his complexion? Black!

Responding to a fan’s question about a potential remix to his latest hit single “Odogwu”, Burna revealed he would have a remix with some rappers from the east; name dropping Phyno, Zoro, IllBliss and the legendary Nigga Raw.

Davido Thrills Fans with an Amazing Performance in Chicago 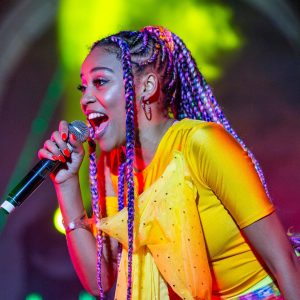 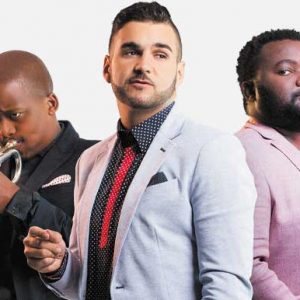