Bucket hats are back to being an in-demand fashion article, seeing a renaissance since its last domination in the late 90s. Over the past few years, bucket hats have evolved from an ironic comeback trend to a fashion mainstay.

You can see it in Accra donned on the head of the local ice cream man going around pushing his cart and blaring his horns. Or in Lagos on the head of the NURTW worker hustling – chasing down Motorcycles or Tricycles to get their daily contributions. Or you can see it on the head of your favorite alté act singing his hearts out in a music video. Or on a couple of youths dancing in the street somewhere in the suburbs of Pretoria.Or in Ota on the “okada” Man who is speeding down the road, his motorcycle speakers playing something from his favorite Fuji act with reckless abandon. What is it? – It is a Bucket Hat!

So what is the story behind this headwear? How did it fight its way from oblivion in the 90’s back into the limelight and like the story of that one leper, how did it come back? A bucket hat is a hat with a wide, downward-sloping brim first adapted as a high fashion item in the 1960s. The modern bucket hat is derived from a tropical hat made from olive drab cotton that was used to the US Army during the Vietnam war.

According to Sean Leon, the general marketing director of headwear company Kangol, the current resurgence of the bucket hat is down to nostalgia among 19-24 years old. Apart from the versatility this cap possesses, it also serves as shade from the sun and can help keep you “anonymous” and also helps when you might be having a bad hair day.

So how can the Bucket Hat be worn?

Fashion is expressive and challenges the status quo and while some would argue that there is no right way to wear anything. There is at least a consensus that there is a guideline to follow.

And so the resurgence of the bucket hat is something we love to see and of course rock. Bucket hats are back to being an in-demand fashion article, seeing a renaissance since its last domination in the late 90s. Over the past few years, bucket hats have evolved from an ironic comeback trend to a fashion mainstay. Cheers to the one who decided to come back.

Actively involved in the music and fashion scenes in Nigeria, Noble's writing stems from a need to give an alternate perspective.

Jaey London releases cinematic Visuals for ‘All on You’ 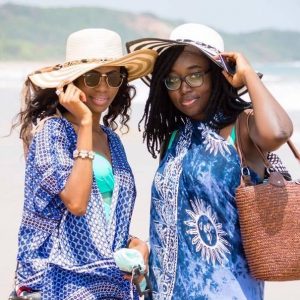 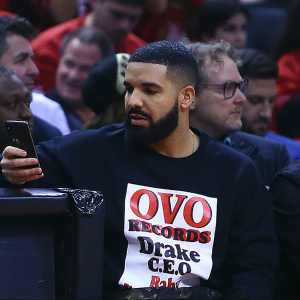