Bryan The Mensah falls into a select group of new generation artists greatly involved in the music they put out.

From making beats, being involved in engineering and even having an eye for Graphic design, Bryan is part of a group that is doing it all- the DIY generation.

A lot of great things have been said about the new generation of Ghanaian musicians- from the quality of music to their ability to fit into the international music scope and of course their heavy influence on Ghanaian pop culture.

With the kind of influence artists like King Promise, Kwesi Arthur etc. garner, you can say that this assessment is in the earnest. These artists are bold and venturing, exploring the various facets of music and still staying rooted in their Ghanaian base. Their greatest strength is their ability to constantly challenge themselves in a music culture that is not particularly appreciative.

One of such bold and venturing artists leading the way in this surge is Bryan The Mensah, a contemporary artist who is breaking grounds in more ways than one.

Bryan The Mensah epitomizes the DIY spirit that I alluded to. What makes Bryan stand out is the ease with which he transcends genres, leaving others in his shadow and leaving his fans wanting more whilst wowing onlookers. Bryan’s projects epitomize an individual who is matured beyond his years, giving you glimpses into his life and struggles and never leaving you fully satisfied. Having to just decide between his two projects, Friends with the sun and WILDLIFE is a task in futility.

Although he is on the come up, he always finds ways to be in the conversation, looking to beat the competition. His creativity is unmatched, his Patreon service for the Freesound project attests to this.

But it looks like there is more to Bryan than just putting out music, he invests a lot in giving his fans the ultimate music experience with his overly intimate listening sessions and merch for his projects. Fans get to experience more of the artist. He has his eyes on his money as well. Besides selling beats and his music, he is also heavily invested in Plegishes, a Web Development and Graphic Design venture.

Bryan is doing it all, so when you hear him rap “one way no dey source but eno be only one way out” on Assumptions, you know he is here for the long run. Making big moves in a growing music culture, Bryan and his peers are changing the narrative, doing it all, and inspiring us in the process. 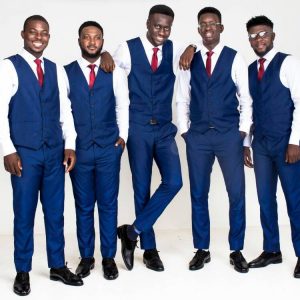 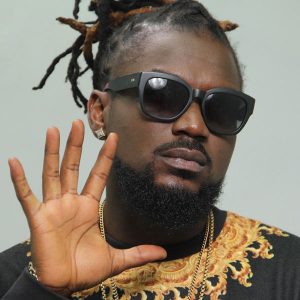 Samini's “Untamed” Album Named Album Of The Year On Reggaeville