Bryan The Mensah’s new EP “I Don’t Feel Like Going Outside” Finally Here.

The 4-tracked EP has had some good conversations even before it’s release. With titles “Forbes List”, “Deposits”, “Dimirika” and Build My Home” it comes across as an urban hiphop/Afropop Ep. The rapper of the moment uses very simple and relatable lyrics that connects with the ordinary listener and all songs are a fine production that fits multiple plays with clean lyrics that can go for airplay.

The opening song “Forbes List” starred Kiddfresh while “Deposits”, tipped to be a leading major hit single featured the popular 2019 hitmaker Tulenkey. The other 2 singles “Dimirika” (prod by Okain) and “Build My Home” were done alone by BRYAN THE MENSAH.

Explaining the concept of the EP and title on YFM 107.9 last week, BRYAN says “I Don’t Feel Like Going Outside is more like an excuse I used to give just to make time and work on my EP. But the songs on the EP are the result of the works that ‘want to go out’. So that explains it all.”

BRYAN THE MENSAH hints of a probable video for all songs listed for “I Don’t Fee Like Going Outside” EP. Weeks ago he dropped a new video “Don’t Forget”, a prelude to the EP release which is also equally doing well on YouTube. 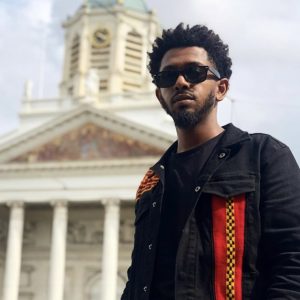